First, a confession.  I have never been on a cruise ship. So to board a ship with another 3,000 passengers was strange. To understand that this ship had been in the Caribbean and was on its last voyage across the Atlantic before setting off on a round the world cruise was amazing.  There were people on board who were going for the whole thing.

But we were the cruise virgins.

While we were going through the safety procedures on board, as we were looking out on a beautiful Manhattan skyline, we discovered that the boat was stuck. Blizzard! And so we got used to the skyline (which was amazing), had some great food, and waited until the morning.

Today we had a morning blizzard.  There were high seas but the tug boats pulled us out of the harbor.  Under zero visibility and raging seas with huge waves and snow lashing the decks, we sailed in a loop passing the Statue of Liberty through the narrows and rocked our way along the coastline of Long Island.  All this before breakfast! 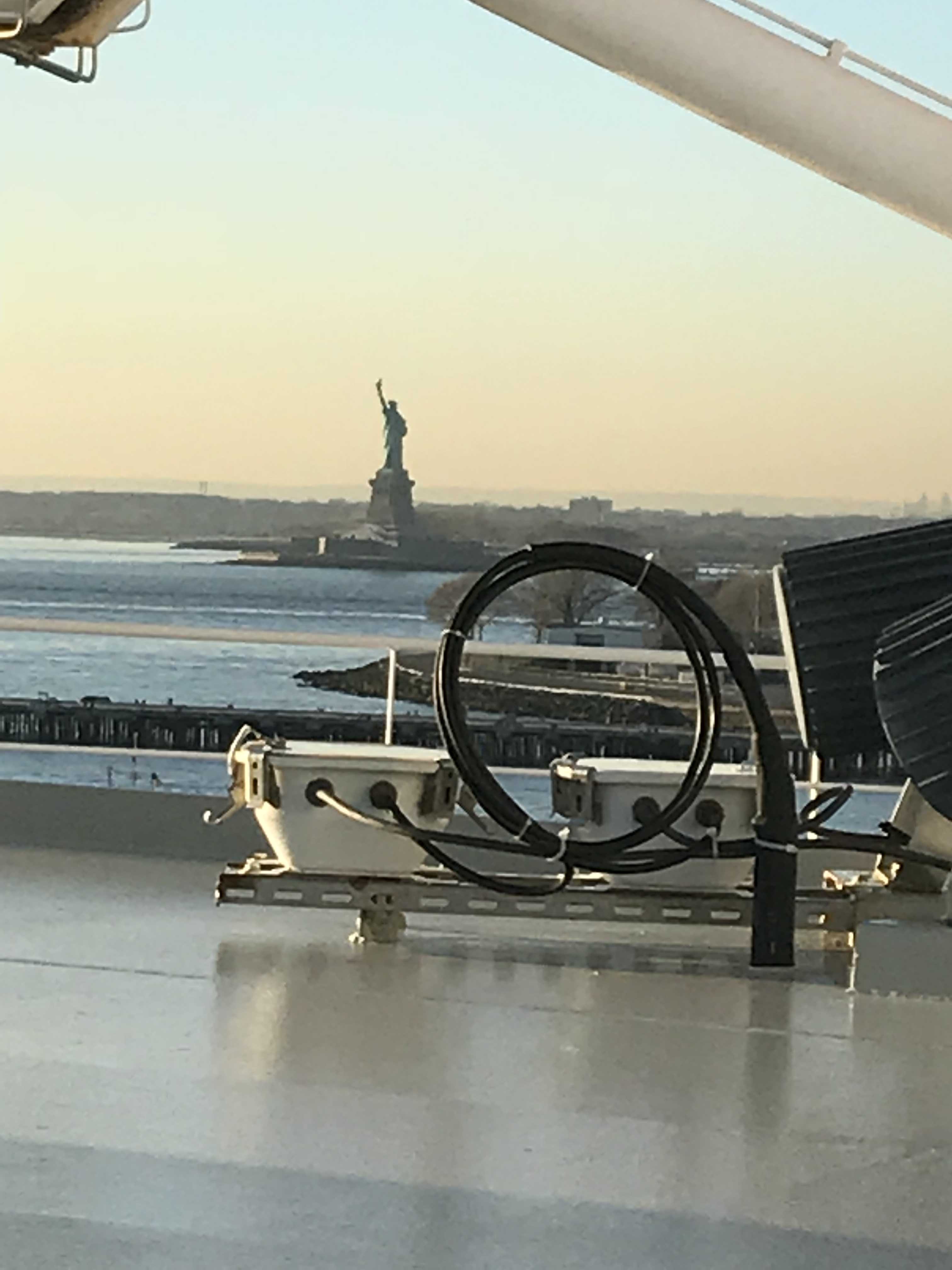 The outer decks were shut down but I sneaked out for a quick photo.  After all, I don’t want to get swept away in these conditions.  Just took a Dramamine, then off to the gym, then a massage later in day plus watercolor class.  Very cruisy.  So far it’s all a bit of an adventure.  The Wifi is expensive and TV is not great unless you want Premiership soccer all day and outdated movies.  But the blizzard is a trip.