This is a story of swimming pools and Paris.  When I first was a Tour Guide I noticed during a sightseeing tour a swimming pool that was incredibly crowded on the banks of the River Seine.  It was big and opposite one of the most famous museums in Paris.  So, I decided, as I love swimming, to return and find out more about the spot.  As it turns out, this was the Piscine Deligny.  It dates back to the 1800’s.  This barge on the Seine, was one of the first swimming pools in Paris.  Opposite what is now the Musee d’Orsay, it had a fascinating and checkered history. 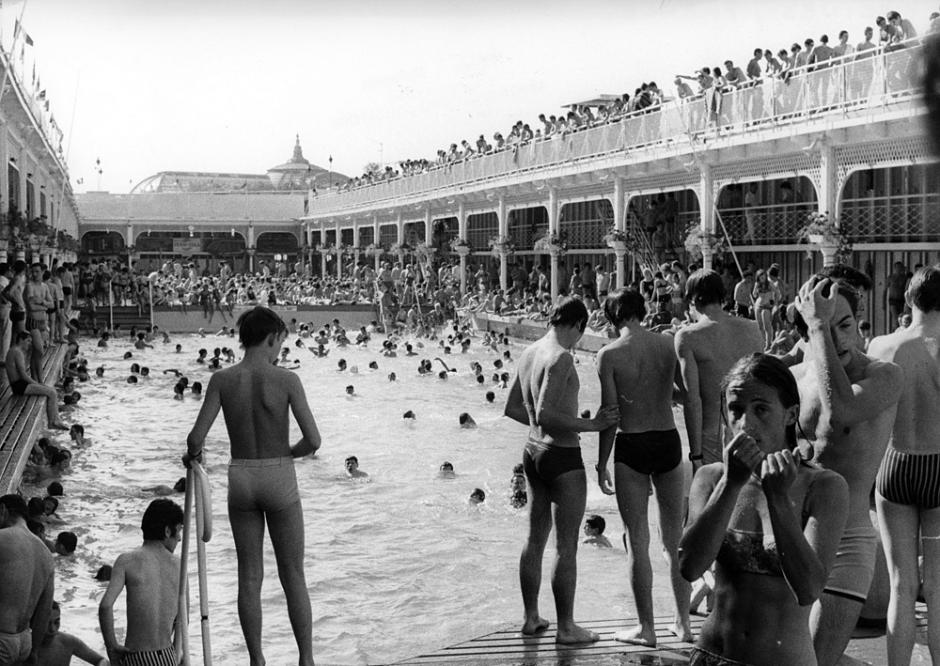 Built in oriental style and with water originally drawn from the Seine, it was pretty sketchy in terms of hygiene and antics.  It was a frequent hangout for the decadent and the famous.  Few swam, most posed, and during the later part of the 20th century, most woman went topless, prompting the legislature at the National Assembly to protest as it was distracting workers! They had the view!

It all came to an end one fateful day in 1993 in the middle of the summer.  Maybe too many parties, too much history, but the Seine swallowed up the pool during a July storm.  Thirteen years later, the Piscine Josephine Baker was built on a barge using more sophisticated technology and a sliding roof for cover in the winter.  It’s a public pool and one of the highlights of my visits to Paris.  Josephine Baker was a black American who fought in the resistance during the Second World War for her adoptive country, France.  Now that’s another story.