I have been trying to learn Spanish off and on for many years. It’s ok and is always enhanced by my fabulous Argentinian tutor, Martha, who comes to the office to teach a bunch of us. However, I miss too many classes, I never do my homework, but I still love the buzz of a Spanish chat. Frankly, I am unapologetically fearless when it comes to “going for it” with a Spanish native.

During the pandemic isolation, without even the socializing that I needed so much from my Spanish friends, and certainly no contact with my Spanish tutor, I had to resort to other methods to maintain my level of confident hopelessness. That is how I discovered the wonder of tacky Spanish soap operas. As it turns out, the Spanish are famous for their period pieces and use the same group of actors in different costume dramas. They are all beautiful and their accents are (for the most part) from Madrid. With my able partner, Netflix, we started to tune in to another world of getting addicted to soaps. This is not the world of The Crown or Downton Abbey, this is a whole different ball game. 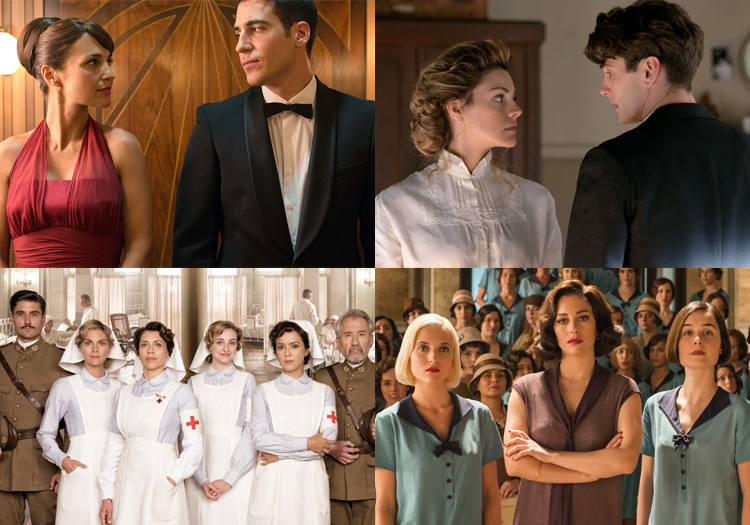 If you are interested in improving your Spanish though, there can be nothing more rewarding than immersing yourself in this other world with subtitles to guide you as you wander through 78 episodes of Gran Hotel, Cable Girls, Velvet, or Love in the Times of War. I became particularly addicted to Gran Hotel and felt a serious sense of loss when the final episode played out. I think it was at 2:00 AM on a cold night in March. Amaia Salamanca was the star of the show. It felt like breaking up with somebody when the show finally ended.

As it turns out, the Spanish mainly export their soap operas to South America. According to my friend from Madrid, they are frowned upon in Spain and are considered “not intellectual enough.” But frankly, for me, as an eager Spanish student, my Spanish improved. When I casually mentioned to my Spanish tutor that I had become addicted to Gran Hotel, her face changed, and I realized that she too was a fan like me. We are in love with the soap opera sect of Spanish TV. What I learned through the isolation of the pandemic was that you can time travel and learn a language. While it is not as wonderful as being there, it beats the alternative.