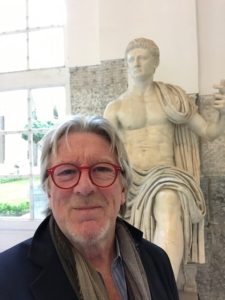 I’m not a big fan of the Rome Metro but I was persuaded by my Italian friend that the Naples one is just about the best in Italy.  So I decided to take a chance.  To start, there is the usual Italian problem of any Metro entrance – where do you buy a ticket?!  It’s a struggle.  The ticket machine does not work, the guy that has the booth by the entrance does not sell them, and the woman at 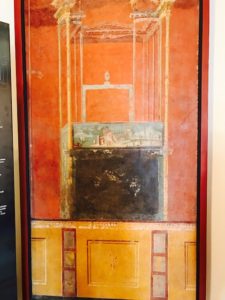 the top where the newsstand is wasn’t there.  After five minutes of inquiry, we discovered a shop where you could buy these train tickets.  I guess Neapolitans have season tickets or something but it sure was a bit of a struggle to figure out how to get on the train.  Once down in the dungeon of the Metro though, it all looked 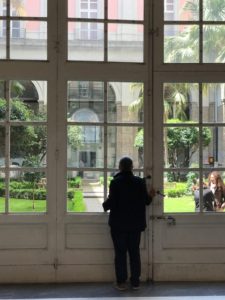 pretty cool.  The trains were clean, it was highly logical, and unlike the chaos of the streets above, the metro had a quiet sense to it.  We were able to travel clear across town with ease.  Sure, the Metro map was a little graffitied up and maybe some of 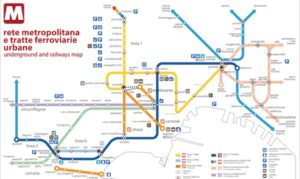 the posters were a bit too raunchy for some tourists, but the trains were perfect.  I quite liked the idea that Helmut Newton photographs were being advertised here and exhibited at a palazzo nearby.