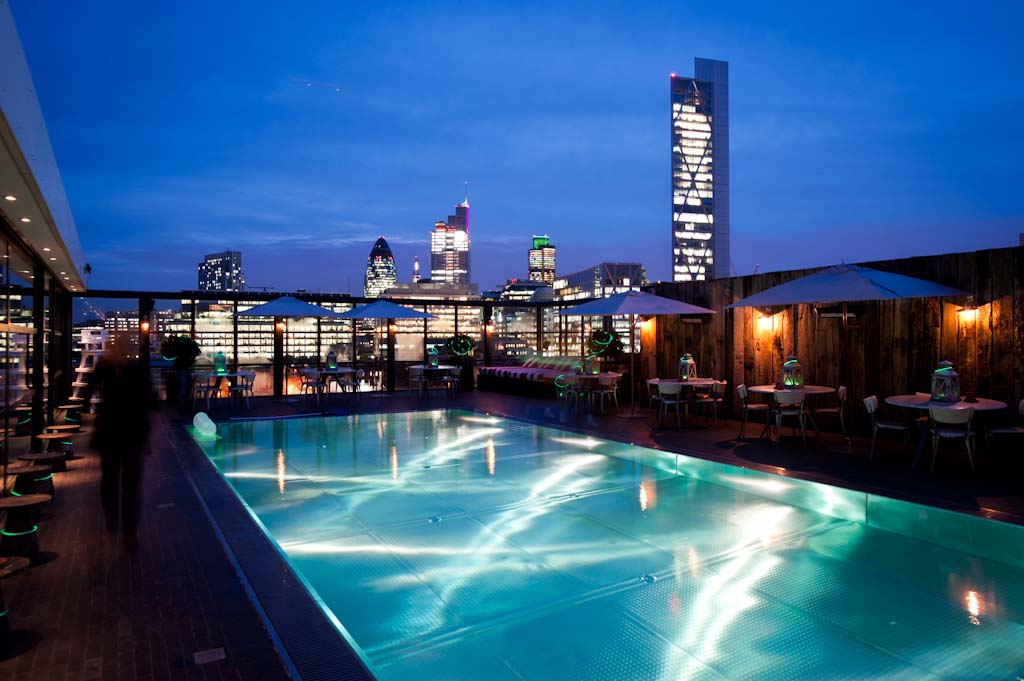 London’s Soho House recently opened its new house on Dean Street and, even though it has an early closing limitation because of the neighbors – yes people actually do live in Soho – it’s a little bit of a jewel in the ever-so-crowded craziness of a Soho evening.  It has a small rooftop bar, along with its Greek Street counterpart and the notoriously fun Shoreditch house. It seems like Soho House is heading for rooftop views all over London. Despite the weather it’s kind of cool to look above the chimney tops of London and get a Mary Poppins view of both Old London and the scintillating New London popping up towards the East. Soho House is a private members’ only club and a genuine respite from the madding crowds in post-theater West End. If you happen to know somebody, who knows somebody, who knows somebody, who can take you in there, it’s a great place to hang out. If you don’t know anyone, oh well…

Looking for a special roof outside of London? Other memorable rooftop bars I’ve visited: