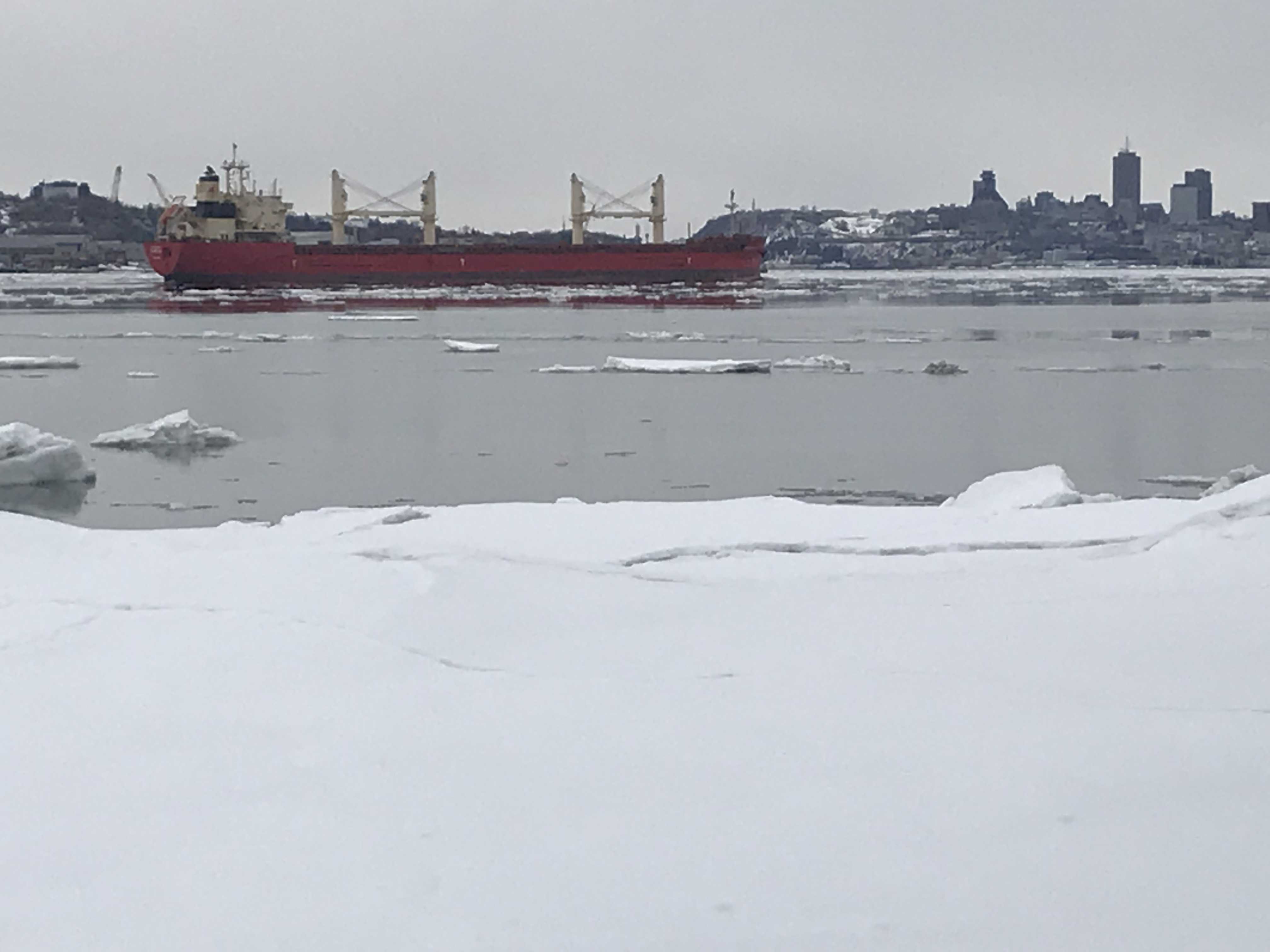 The London to Venice flight on BA is always a treat. Once you clear the cloud cover of England, you have the beautiful Alps to greet you. No matter how many times I cross the snow capped peaks, it never ceases to amaze. This year has seen tons of snow. Still, the beauty was way up high. Below it was cloud and rain and down into another gray day. But it was Venice!

I love the slow descent into the airport here. The shape of the island, the clock tower, the canals clearly visible…It’s such a strange place. Such a trip. It’s the only place where everyone on the plane looks out of the window. It’s a wow. You want it to last forever.

And then the bubble burst. Immigration was a mess. There were two people for hundreds of arrivals so it took a while. It was pure Italian theater. Nobody had a clue. The immigration officers looked in no rush at all. People were getting frustrated. It was one hour before we got to our bags!

Then there was the slightly complicated journey to the motor boats. The Venice Marco Polo Airport has recently had renovations so getting to the motor boats that bring you to the center of Venice is a new experience.  It’s quite complex and not obvious to the newly arrived passengers. You have to go up the escalator to departures. Ugh. What?! And then you lose the sign. It just disappears. So, use your instincts, look for a sign, do anything. But then it pops back into view! There is a long walk along a moving escalator and down into the speedboat taxi area.

There is the usual confusion here (something’s never change!) but it is worth the wait because now it’s the greatest ride in the world. Across the lagoon and through a narrow canal and then it hits you. The grand canal. The Santa Maria della Salute, the Doges Palace, and the Piazza San Marco. 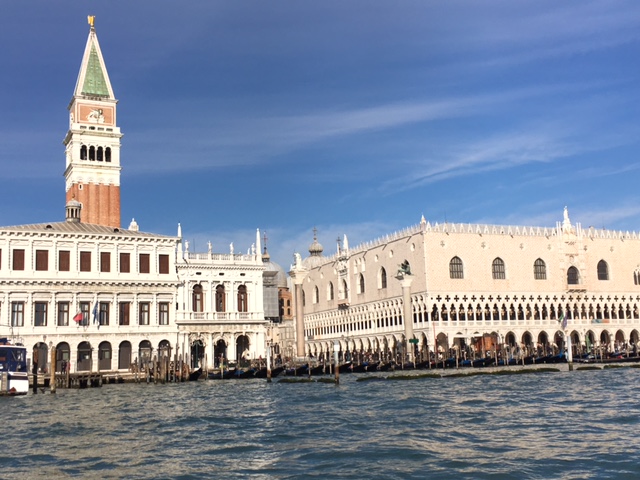 There is plenty of rain in the winter and the boards are stacked high for the Acqua Alta. In the distance the Alps beckon with snow painted across the horizon. San Marco is busy with tourists and umbrellas which always reminds me of a Prendergast painting.

I wandered back to the hotel across a couple of delightful bridges. Watched the gondola guys organizing their business and took a moment to study their technique. I tried being a gondolier once. It’s impossible! The oar, the movement, the control. It amazes and mesmerizes. Dinner later would add the final touch. Black ink squid with spaghetti.