Sarajevo is a tricky place to fly into from Boston. I arrived at the airport in Boston early for a Lufthansa flight that would take me out across the Atlantic and connect in Munich for a flight to Sarajevo. There aren’t too many other flight options for getting there.

In Boston, Terminal E is jazzing its act up. There is now a Legal Seafoods and a taco place in addition to the awful Durgin Park, which for some reason still occupies a space somewhere in Boston. It’s dreadful! I was sitting at Legal’s quite happily having my clam chowder and tuna sashimi when I started to see my flight falling apart on me. First it was a one hour delay, then a two hour delay.

Lufthansa assured us that all onward connections would be taken care of “when we arrived.” Yeah, right. I quickly checked my phone and could easily see that firstly I was going to misconnect and secondly the nightmare would only just begin and it would take me all day to get to Sarajevo if I was lucky.

What to do?! I had my boarding card and was through security already. Then as an oasis appears in a desert, I saw the magical light of Turkish Airlines in the distance. Turkish Airlines departed for Istanbul at 11:30 pm and then had a straight onward connection to Sarajevo. I called my agent (it’s handy to have someone to guide you through this) and made the shift while inside security in the terminal.

While the Lufthansa flight was finally boarding, I went up to their counter and explained that I was going to be a no-show on their flight. I had my bags with me, they removed me from the manifest, and wished me good luck on my 11 hour transatlantic flight to Istanbul.

I sat down, had another beer, and waited for the Turkish Airlines flight. And what a great flight that was! You can do a lot with 11 hours – two movies, a bite to eat, and five hours of sleep. My kind of transatlantic flight. I’m thinking of flying to London via Istanbul next time!

When you come off of a transatlantic flight and have three hours to kill, there are certain airports that make you want to stick around. If you are flying in business and you happen to be transiting through Istanbul Atatürk Airport, head straight to their business class lounge. It is enormous and has every single convenience that you need to while away the time before your onward connection. I even discovered the cinema – yes there is a cinema with comfortable lounge chairs inside of the Turkish Airlines lounge. 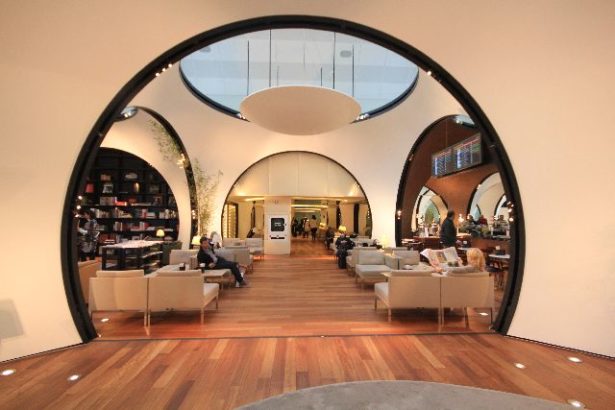 I sat down, watched a movie, relaxed, dozed off, set my iPhone for an alarm in case I got into a heavy sleep, grabbed a Turkish coffee (why not?!), and made my way over to my onward connection to Sarajevo. It was just about as smooth as I could imagine. Turkish Airlines is a great airline but more importantly, the lounge knocks the socks off of most air lounges out there. It’s even voted as one of the top 10 airline lounges in the world. 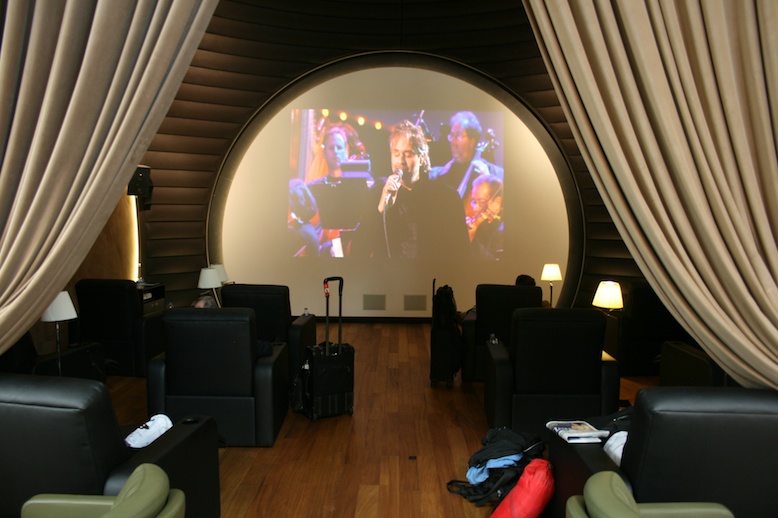