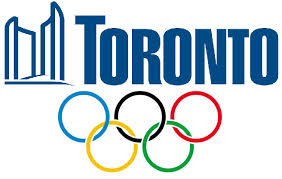 So now its Toronto saying thanks but no thanks to hosting the Olympics. Boston first paved the way with  a resounding thumbs down and it sure looks like cities are wising up to the false promises of Olympic delirium. Costs and tourist magnets are simply not adding up to an equation that is palatable for anyone except greedy developers who will grab permits and subsidies and take the benefits to their own house.

Lets face it. It’s not a draw. Tourists avoid these things like the plague and Boston was never short of tourists to begin with. In addition, these cities are actually cities that people live in!

Leave it to the Freeway cities like Los Angeles. Smaller cities can draw zero benefits and end up with mega bills that taxpayers have to carry. Bravo Toronto.