Recently, in between trips to London and Scotland, I found myself looking for something unusual and somewhere I had never been to before. I was staying at the St. Pancras Renaissance hotel in London so I had immediate access to the Eurostar – literally located within elevator access! So, I started to think of taking a trip to Bruges, Belgium. First of all, I thought I had been there, but it must’ve been a memory lapse because I hadn’t. Secondly, I was keen to find out what the train connection was like between Brussels and Bruges. So, off we went.

The London to Brussels Eurostar journey is slightly shorter than the one to Paris – but both are incredibly efficient and are around 2 hours and 20 minutes. From the rather nice and grandiose Brussels Midi train station, the link between the local train and the Eurostar was absolutely seamless. As it turns out, there was a train to Bruges every 15 minutes and the journey is about one hour. The landscape is…well…it is called the lowlands for a reason! It is as flat as an English pancake. There are a few windmills scattered around but nothing too extraordinary until you pull into the actual city of Bruges. 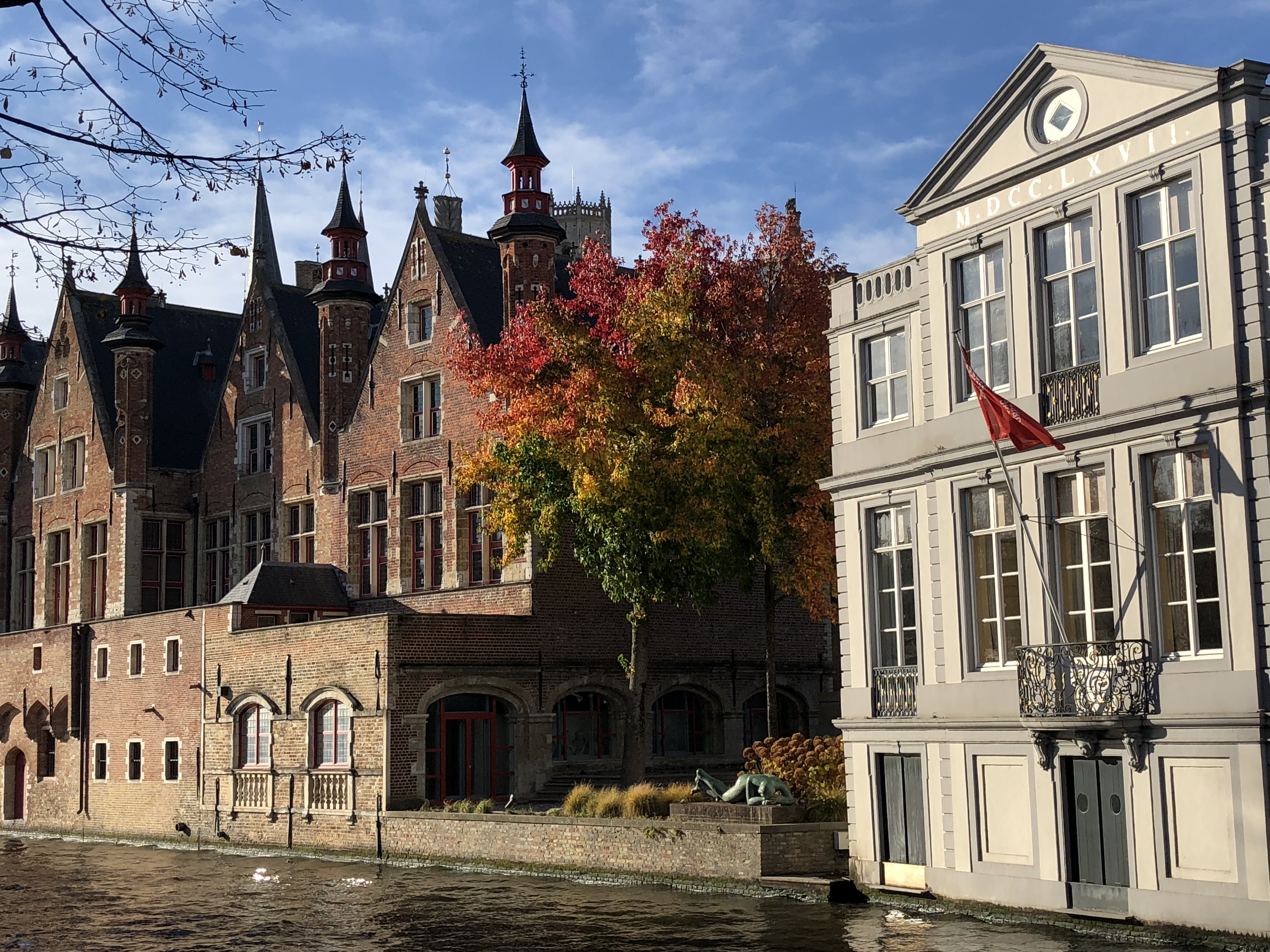 That is where the fun begins.

Bruges is a tiny, beautiful town; medieval with gorgeous buildings sitting over medieval canals. There are some fabulous hotels including where I stayed, the Hotel Van Cleef, which backed onto one of the main canals. From there, we were able to walk everywhere and anywhere we wanted to. In Bruges it seems that everything is within 15 minutes of where you are. 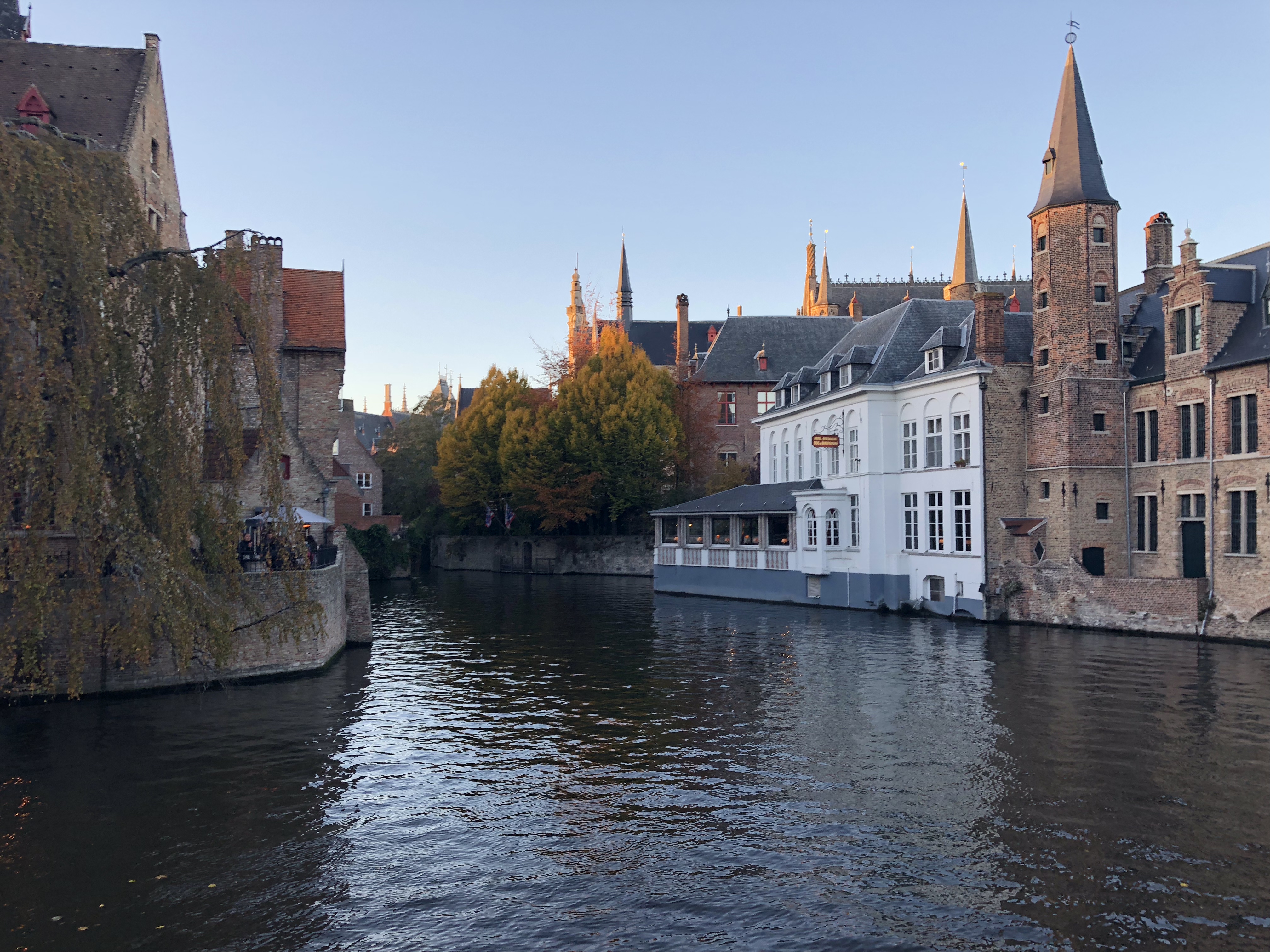 We took the funky and fairly short sightseeing boat ride around the canals. This took about 20 minutes but was essential to get a perspective of the city. We walked the main square, the Markt, we ate moules frites, drank incredible local beer, gauged on the chocolates that were everywhere, and spent time in the Groeningemuseum. This is truly a little Venice. It is even the only place outside of Italy where a Michaelangelo statue sits inside the main church! 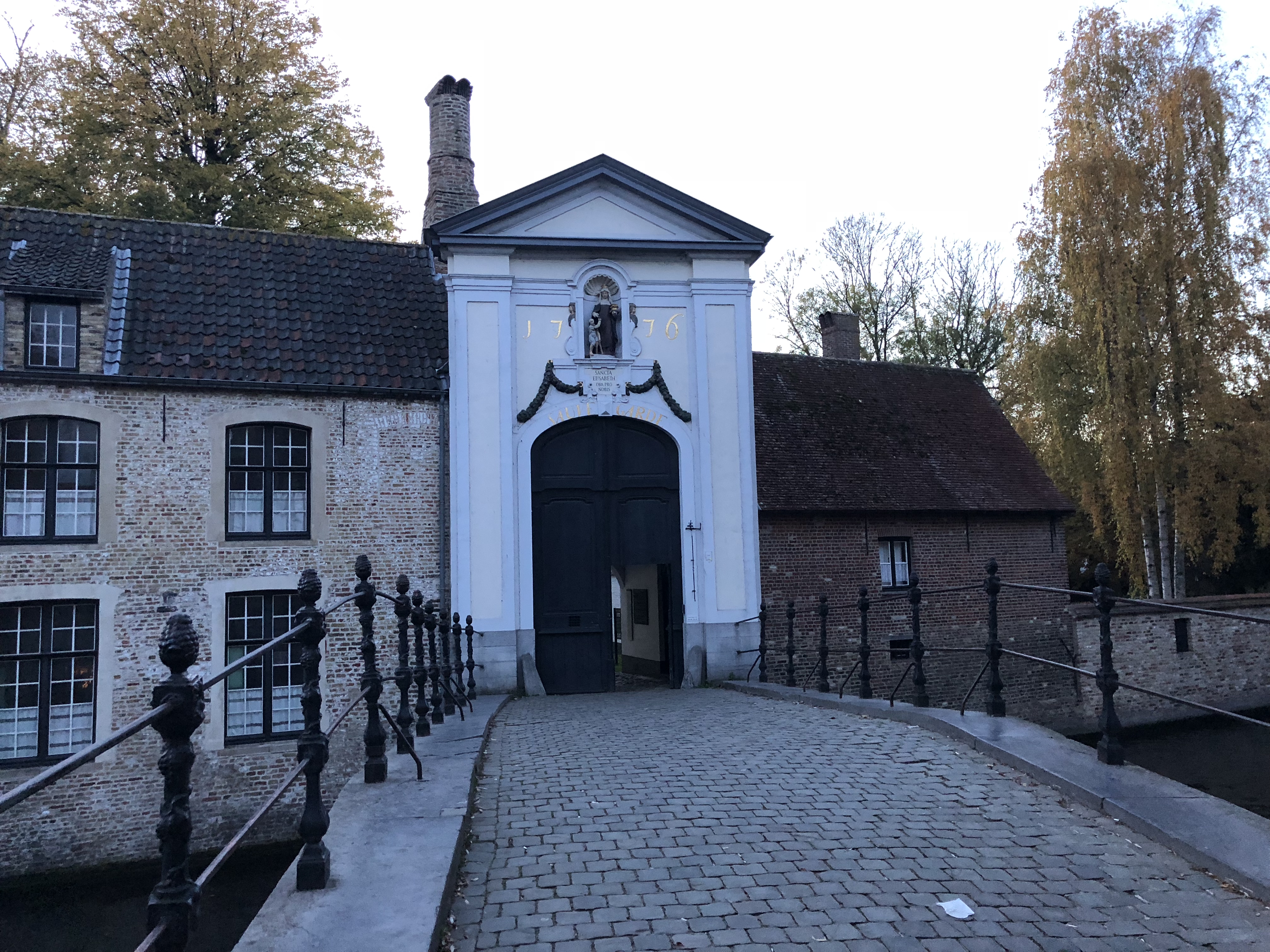 Bruges has it all – canals, museums, and access to the World War I sites like Ypres. It is also home to hundreds of swans and the Beguinage, which is a uniquely preserved enclosure that is still used to this day for religious women and has been used since medieval times. The town reminded me a little of Colmar, France; colorful houses, Medieval walkways cut through by canals, great food, great art, and fabulous accommodations. There is a reason they shot the movie ‘In Bruges’ here. It’s like a Hollywood set. 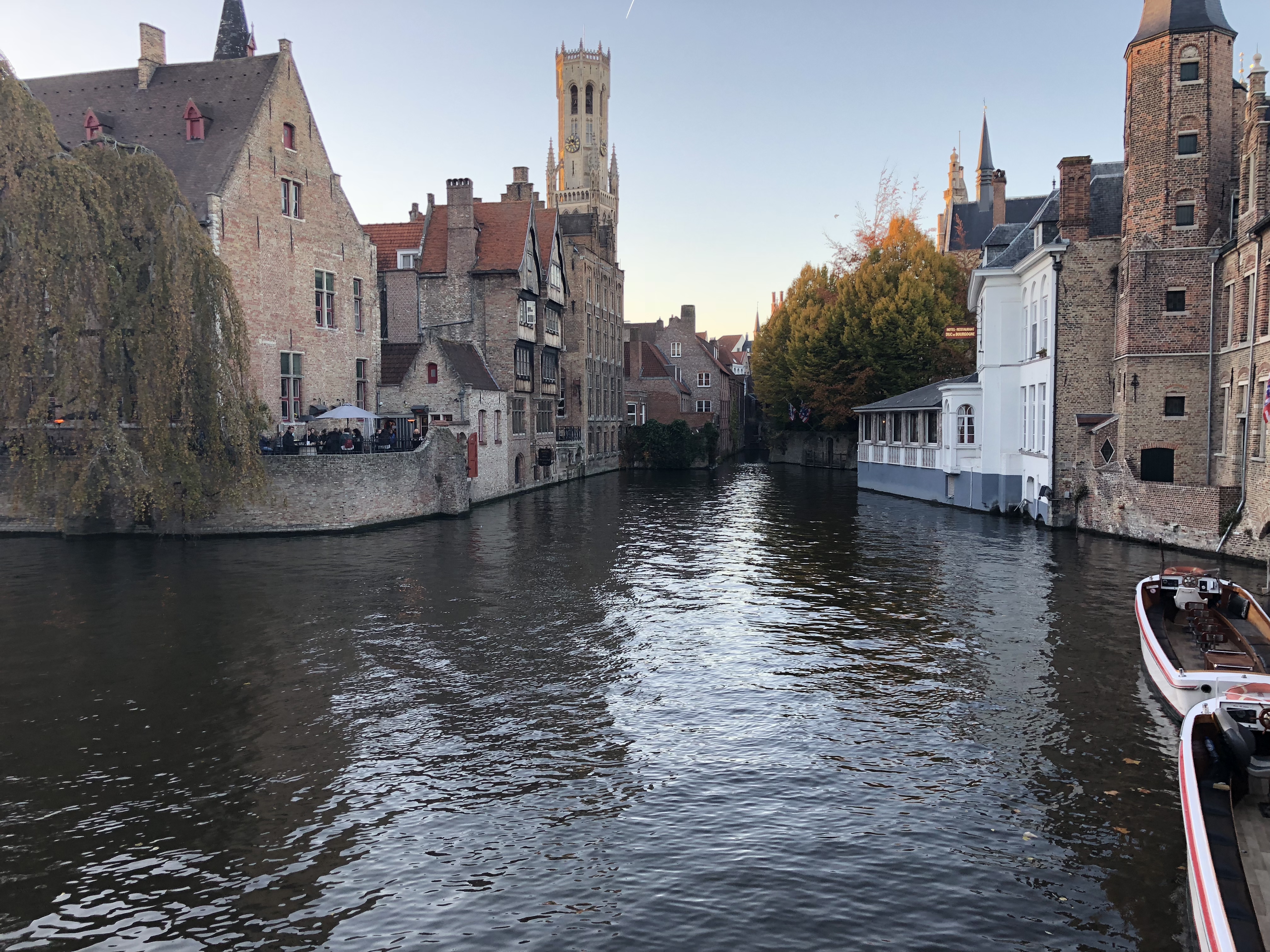 It is also easy to jump on the train and continue to the coast. You can be in Blankenberge or Ostend in 15 minutes. Beautiful art nouveau structures abound along the coast line with gorgeous sandy beaches. Of course, the only thing lacking there is the weather! But don’t let that deter you. It is easy to get to Bruges from Paris, Amsterdam, Brussels, and London. The only regret is that you will probably eat too much! Go to Bruges immediately. I loved it! 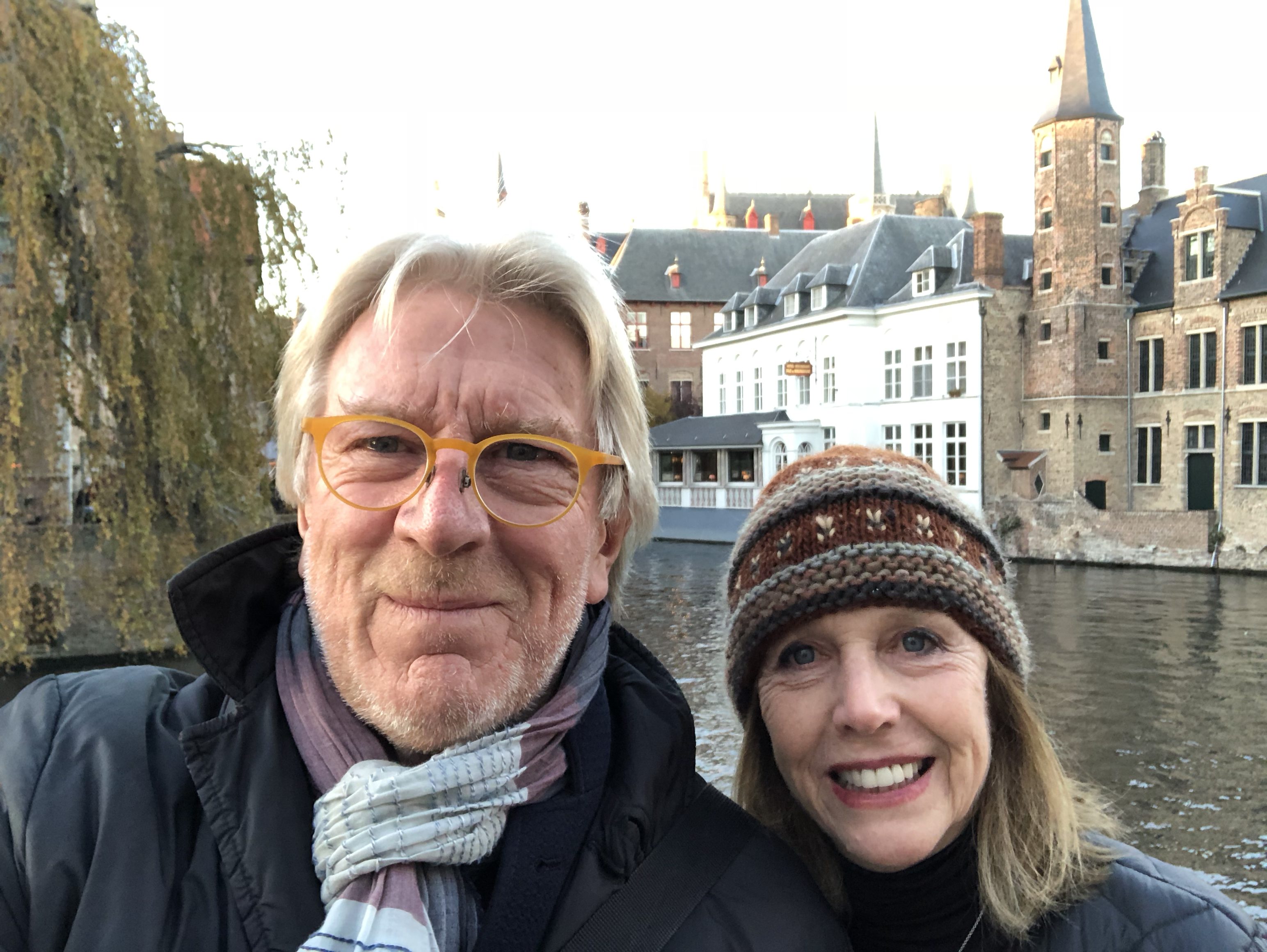