Arrived very early at St. Pancras station. It was organized but you need more time than I recalled. More time for vaccine card.  Proof of a negative Covid test.  And everything takes three times longer. But, at some point you get through. They give you a tiny card at French customs on the UK side and as long as you don’t lose the card you are good. The breathtaking journey to Paris.

Whoever remembers those awful journeys with flights from Heathrow or the ferries from Dover. I was musing about the absolute brilliance of bringing Europe together the other day. Brexit? Never going to happen. Boris Johnson. A joke. A clown. No way! Here we are. It’s all happened. Agghh!! But at least we have the train under the channel!!

Built over 5 years and opened in 1994 it has transformed access to Europe. Imagine. Two hours and 15 minutes. Thirty-eight minutes under the channel. 250′ feet under the bottom of the chalk seabed. The longest underwater tunnel in the world. Napoleon. Hitler. Nobody since 1066 has ever managed to breakthrough. Except the Chunnel. Even the EU got rejected. It’s a shame but at least we have the champagne bar to send us off as we go into the unknown. At least we have Europe. Well, hang on. They don’t want the Brits. The Chunnel was it. Brexit was the end! Oh well! 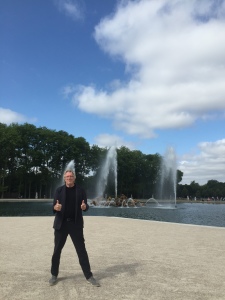