What on earth possessed me to take a transatlantic crossing?!

Secretly, I think it was on my bucket list and curiosity got the better of me because I had never in my life even taken a cruise. But I wanted to try it out. Early January probably was not the best time of the year to do the crossing but this was the last crossing for quite a few months. Unfortunately, it happened to coincide with the blizzard of blizzards that possessed New York and ended up holding the boat up for 12 hours.

The Queen Mary 2 is an impressive sight. Approaching it as we did through the Brooklyn Navy Yard, it suggests a time that has passed. Transatlantic travel aboard one of the great ocean liners of the world. The boarding was a piece of cake. Warning – hold on to your bags. Imagine you are wheeling your bag onto an airplane. This is no different. If you give your bag up to the porterage system, you won’t get it for a while and it will cost you a hefty tip at the end of its journey. We wheeled our bags through immigration control, the check-in counter, and we boarded the boat. We were sitting in our “stateroom” in no time at all. This modest but ample room with a balcony (not great in a blizzard) was to be our home for the next eight days. 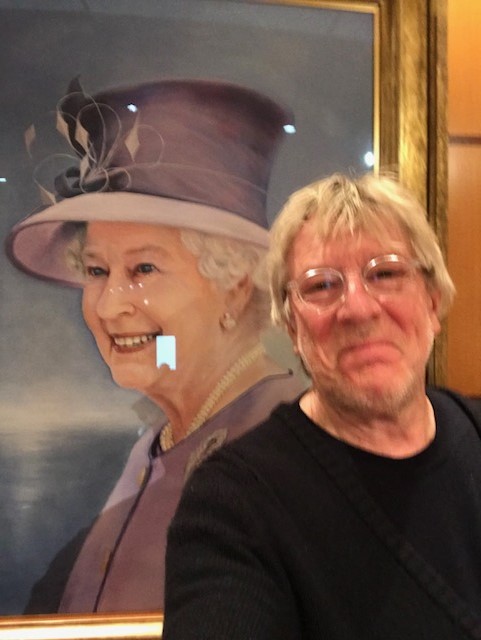 It took me pretty much three days to figure out where everything was on the ship but for full time cruisers, this ship is not even that big. It holds 2,700 passengers, 1,200 crew members, has 14 decks, has 12 lounges, restaurants, and bars, and the kitchen makes 5,500 meals per day. For me it was an incredible site to behold. Walking through the labyrinth of decks and walking out onto the promenade was something I could have not imagined. The evening in New York was balmy and beautiful.

Then the blizzard hit.

Two days of stormy seas and blizzard conditions meant that we were on lockdown inside of the boat before we even left the harbor. Not to worry, there were things to do. Even though I suffered some sea sickness, I pushed ahead. I joined the health spa, I had acupuncture and a massage, I went to several wonderful cabaret shows, I ate decent food, and eventually we steered our way across the Atlantic storm and into calmer waters. Once we left behind the raging sea, the decks were open, the promenade was full of runners, and it was surprisingly temperate in the middle of the ocean.

Of course, there was nothing to see – no whale, no boat, no perilous iceberg lurking on the horizon, and not even stars at night because of the cloud cover. But the boat had its own rhythm. We visited the art gallery, took in more shows, hung out in the Commodore’s Bar which was a very cool bar, and each day I gradually slipped into a transatlantic crossing rhythm that became almost intoxicating. It is amazing what you do with your time when there is nothing to see and nowhere to go. It was a surprisingly fit holiday – I walked around the promenade three miles per day, went to the gym two hours per day, and enjoyed the steam and sauna rooms at the Canyon Ranch Spa in between intermittent naps along with everybody else whose books had fallen to their side during their tea breaks. It is an older crew on the crossing for sure. 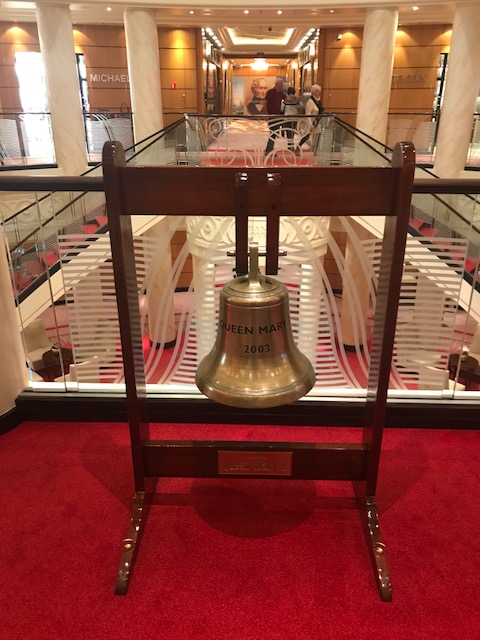 Frankly, it is a nice way to travel if your schedule permits and you simply cannot take those cramped economy seats on a transatlantic flight. The ease of boarding and deboarding were a pleasure compared to the tension and stress of airline security and check in. Time does not really fly…it is the sea after all…but if you travel from west to east, after day three, the captain announces an hour a day will be added to your time clock. It is a fun way to deal with jetlag. The price is not particularly crazy – around $2,000 per person for all meals, inclusions, and a hotel room for seven nights is not that bad.

So, what’s the downside?

First of all, the internet was a joke and extremely expensive. It cost me $500 to maintain bad internet coverage for the entire duration of the cruise. More often than not, the internet dropped out, and the only way I could really work was through WhatsApp. When I talked to crew members about this, they told me the same story. It seems like an easy thing to fix but it was shocking how bad it was. 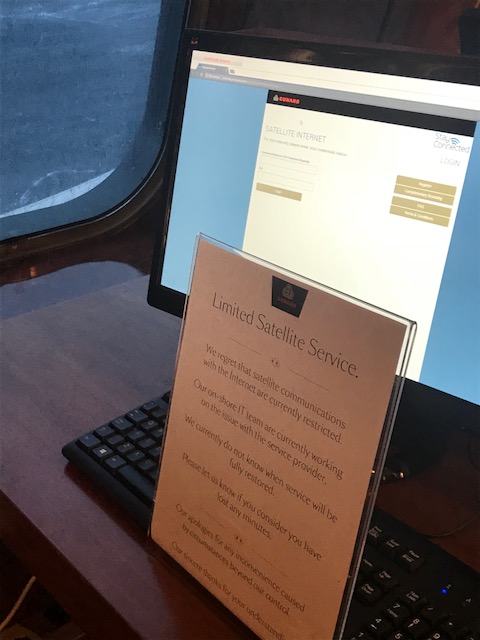 Second, the movies on board were dreadful. We were a captive audience. How come two bad movies per day are all we get when we have all day and all night? Why in God’s name can we not have the same kind of movie selection that you now get on planes? On a plane you are stuck for seven hours, here we were stuck for 192 hours. The TV scene piped into our rooms was awful too. It had a distinct English bent which would not have been bad had we seen a variety of great Brit shows. But this was terrible. In the end, I watched the QM2 channel because it was more exciting than the regular TV! Here is a solution – if we know the TV is bad and the movies are going to be duds, at least warn us ahead of time. This way we can download video content from Amazon or Netflix so that we have something on our iPads. Given the lack of streaming potential, this would be a smart piece of advice. I am not sure who is responsible for movie and TV selection, but honestly it was simply laughable.

Then there was the shopping. Why can I not buy anything useful when I am stuck on board for 192 hours? We don’t land anywhere and I’ve probably forgotten some important thing that I would love to buy and probably wouldn’t mind paying twice as much for. I’m older and we forget things! The shops were pure tacky Duty-Free shops tragically lined up around the beautiful ornate double staircase. Gaudy colored clothes, bottles of alcohol, perfume, all of the things that are the absolutely useless. Forgot your swimming costume? Too bad. Need a pair of tights? Not going to happen. How about a pair of running shoes for the onboard gym? No way. Absolutely shocking that they did not cater for the needs of someone like me or most people who might need to buy something functional or something they had forgotten at home.

The gym was like a bad gym at the Holiday Inn. Why have a gym where four machines do not work? The gym should be state-of-the-art. For $100 you could use the Canyon Ranch Spa though which offered steam, sauna, and had a huge jacuzzi pool. It was definitely worth it. It was free if you took a massage but then you could only use it for that day. The space for the gym could have been absolutely put to more efficient use. There was also a tiny, paddling pool and an unappealing jacuzzi on the 12th floor. I stuck to the Canyon Ranch alternative. And here is a gripe. Why do they not make a swimming pool for swimmers on board when they have the room? A 17-meter pool would be fine! 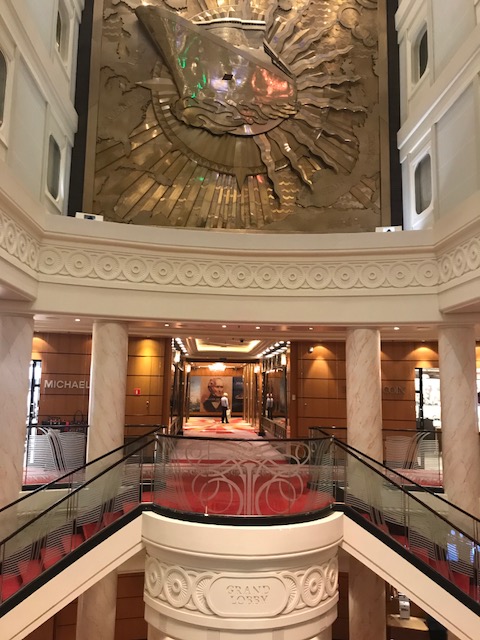 But still there were a lot of good things on board. The wine selection was top notch and not expensive. The bars were fun, the food was pretty good, and the service throughout the boat was fabulous.

When we arrived in Southampton, I was distinctly not jetlagged and it was a breeze to take the train from the Southampton station to London. Would it have been fun to hit an iceberg? Maybe. It would have broken up the trip a little, as it were. But I can now say that I have joined the club of transatlantic crossers. While I will never be a cruise addict, with some adjustments on QM2’s part, I might be tempted to go back again. But certainly not in the winter.