The funny thing about the holidays in the USA is that everything seems to begin around Veteran’s Day.  The Christmas music starts to rear its ugly head and while decorations do not go full-in until the week around Thanksgiving, there is that sense of a relentless march towards the big day.  It is the holiday season after all– Thanksgiving, Hanukkah, Christmas – it just requires a couple of months to sell its various brands.  But what it does not need is global warming which seems to have happened while we were all sleeping, driving our diesel and gas cars, ignoring calls for solar and wind power and maxing on our air conditioning use.  Now, as I sit in Boston, watching somebody skateboarding by in a t-shirt, I wonder if I will ever see snow again!

On the other hand, London seems to embrace Christmas like no other place.  It has the people (lots of them), every street in the center is full-on lit up with beautiful or funky lights, there is the huge Christmas tree in Trafalgar Square, and big bonus, no sun and it gets dark so fabulously early that the entire city is in nighttime glow most of the time. It’s cozy!  While there is absolutely no snow ever to be seen and lots of rain, it somehow feels Christmassy.  It is probably because London has so many shops and every shop has a Christmas window and everybody walking around London seems to be holding bags that indicate they have been shopping.  There are pubs on every other corner jammed with revelers and the occasional jolly drunk and all of the restaurants have Christmas menus in addition to the usual a la carte stuff.  This place full-on celebrates!

So grab a Christmas cracker, put your paper crown on, grab a piece of Christmas pudding or mince pie, or even go to Pret-A-Mange (the popular take-out place) for a Christmas lunch sandwich – yes, Christmas lunch complete with stuffing can be contained within two pieces of sliced white bread!  While you are at it, grab a bag of Christmas crisps and then take the kids to see Father Christmas and a Pantomime. It’s the most popular entertainment over the holiday period. I grew up on them. Based in history on 17th century Commedia dell’arte characters, panto means to imitate all in Greek. Everyone has fun, kids laugh, men dress up as woman and woman as men. Shakespearean really! Although it’s mainly for kids, it’s huge!  It involves music, topical and saucy jokes, and slapstick comedy and is usually based on a fairy tale or nursery story. Plus everyone gets to go to the theatre!! Good for the soul! 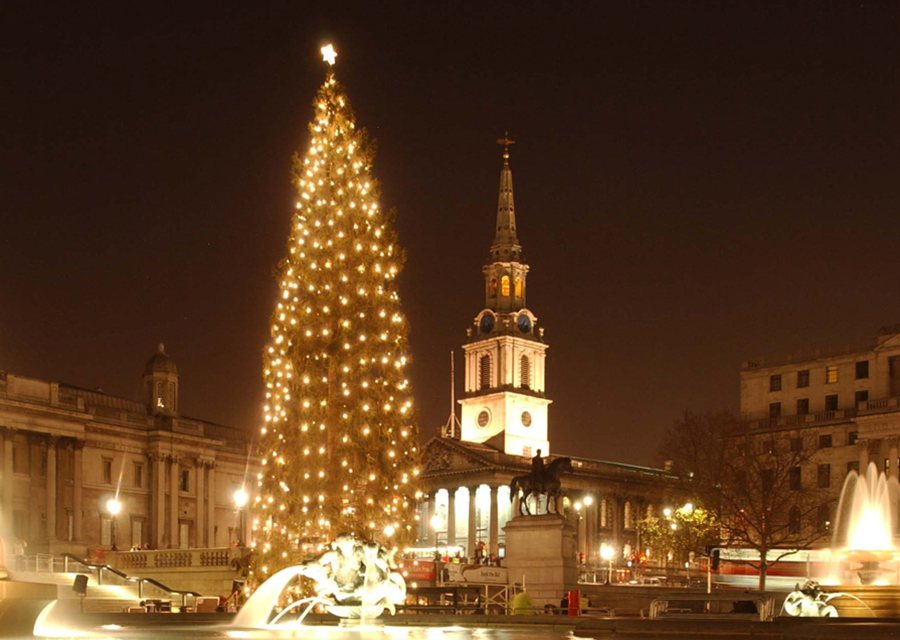