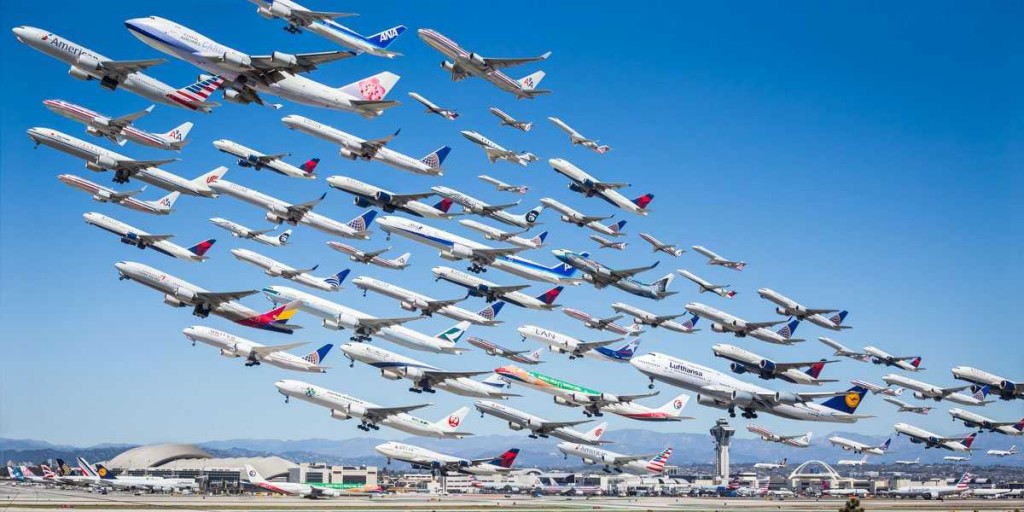 The End of Delays?

How about this for a nail biter?  To cut down on the inevitable airline delays, air traffic controllers are starting to use time instead of distance to space out airplanes.  While this doesn’t mean that the really silly game where they tell you that the flight takes an hour longer than it really does, and without that ridiculous announcement from the pilot that we have been “held up a little bit but will try and make the time up,” is going away, this is a good thing.

Incidentally, what is that “make the time up” thing? Is he going to fly 1,000 mph instead of the usual 650 mph?  How does that work?  Or is there a short cut from LA to Boston that I didn’t know about?  You know the deal…if you go over Memphis and catch the magic jet stream, it only takes two hours.  Nope.  Actually, they are working on reducing delay time in a smart way.  The idea is if you space airplanes by time instead of distance, you can actually optimize and improve timing for landings and take offs.

At Heathrow in London, they started to use this system.  Typically, planes are spaced three to seven miles behind each other depending on the airplane.  They have begun experimenting with minutes rather than miles.

The results are remarkable.  Most of the Europeans have already authorized air traffic to adopt time-based spacing by 2024.  The FAA is working to jump on the European band wagon.  Bottom line, what used to seem too close is no longer too close anymore.  Analytics and headwinds are all thrown into an algorithm and out pops spacing by minute.  Good news for everyone in the future although I am not quite sure how I feel about being that close to the jet in front of me.  In the meantime, don’t think that the announcement from the pilot stating,  “There are 18 planes in front of us but we should be set for takeoff in the next 30 minutes and with “luck” we should catch up to get you there on time,” are going away.  Incidentally, what’s the luck thing?  Yikes.