What a pleasant surprise to discover that just 45 minutes south of Puerto Vallarta is a cool, laidback, surfer’s town called Sayulita.

Famous for its beach break, Sayulita has a guaranteed supply of mixed level waves, perfect for the amateur and pro together.

It feels that Puerto Vallarta has been attacked by the overdevelopment syndrome, but Sayulita, with its year-round population of around 2,000, has remained relatively unscathed.

It was first discovered in the 1960’s and was (and still is) a surfer’s paradise.  The beach is a beautiful, huge crescent shape intersected by a river that seems to emanate from the jungle.  Grazing by the river by an old plank bridge are horses and donkeys.

This is a town where the beach is the magnet.  The beach is stacked in the center with surfboards, surf shops, and surf schools.  You can rent everything from paddle boards to boogie boards.  I sat under a very civilized umbrella easily rentable from Don Pedro – a restaurant come beach set-up where you can get fantastic grilled octopus and seared tuna.

Frankly, my idea of fun on a beach is to find a place like Don Pedro that sells umbrellas and lounge chairs and where I can get incredibly fresh and delicious seafood with a drink while watching other people do what I cannot do, namely surf and paddle board!  So I watched expert surfers, beginner surfers (who wore beginner’s t-shirts), paddle boarders, body surfers, and just regular splashed types like me.  At the far ends of the beach the fishermen and the pelicans went looking for their dinner.  I’ve never seen so many pelicans diving in between surfboards in my life.

There are numerous tiny seaside accommodation places and at the end of the beach is a very nice, but not glitzy, hotel called Villa Amor which is where I stayed.  Rooms range between $175-$300 per night for a one bedroom in high season.  Sayulita is loaded with fantastic restaurants, taquerias, and a whole slew of funky bars that stayed open way after midnight.  The crowd was mixed, cool, and very fit looking.  Surfers usually are.

I love this place.  The tiny shopping streets that stray off of the beach, the groovy restaurants, the mix of locals, old hippies, and newcomers.  The beach had a freer feel to it.

If the beach was a spectacular white coral sand beach like the one in Cancun, it would have been ruined years ago with high-rises and packaged tours.  This place never got there.  A fiercely strong local citizenry protected it and the beach was funky enough to not pull the developers in.  One of my favorite shops in Sayulita is Révolucion del Sueño which does an incredible trade with Zapata t-shirts made from beautiful soft cotton.  My only tip to travelers who discover this place, don’t tell too many people. 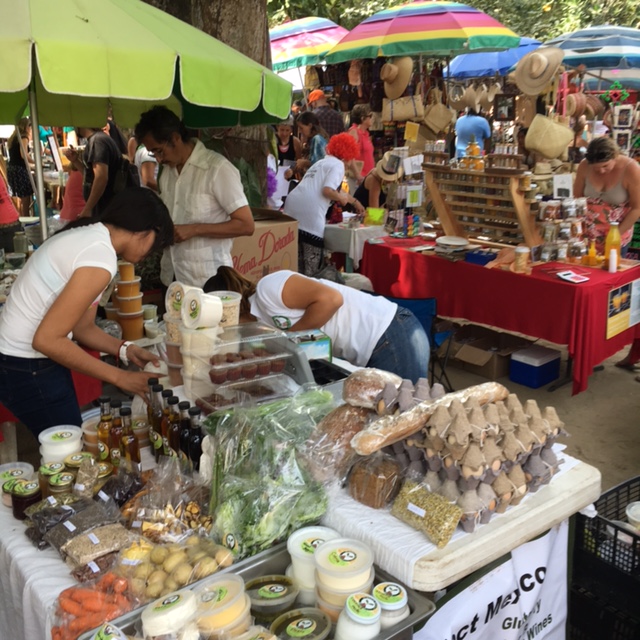 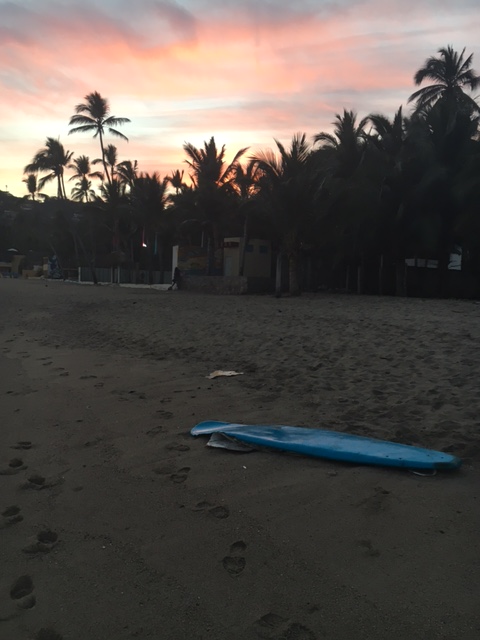 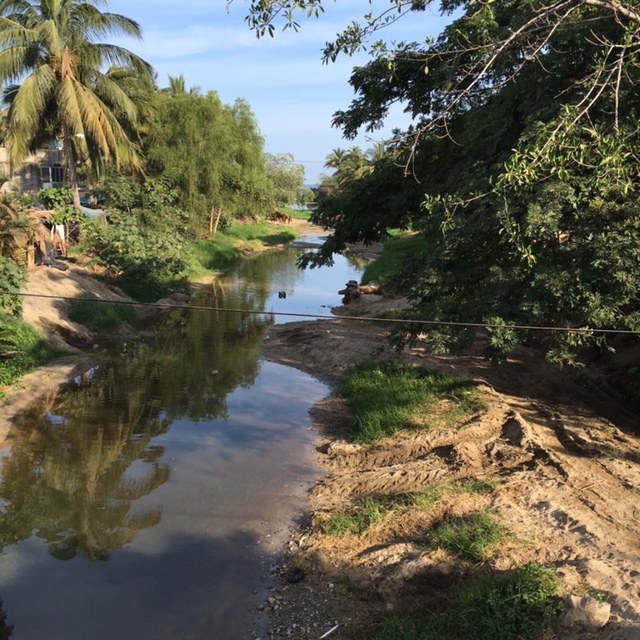 Mexico Distrito Federal (D.F.) is the real deal. It’s a huge city; almost something like the sprawl of São Paulo in Brazil but actually totally cool and groovy.

Yes, there are a few sketchy spots and it is probably not a great idea to grab a taxi from the street, but if you follow some basic rules, this city is rich in sights, restaurants, and beautiful parks. It is actually a safe city with people walking around at night. Even Uber is everywhere and I got to practically Uber my way around the city. Oh, and one last thing….it really is a great deal. Even the street food is healthy and nutritious.

So, why the dead spot in Mexico tourism?

There are issues. Drug cartels are out there. There are bad spots and a lot of bad publicity, but everyone knows the places in Mexico to avoid. It is really just like anywhere else.

But I have fallen in love with this place. Mexico has amazing coastlines from the Pacific Ocean to the Caribbean Sea. There are ancient sites, pyramids, incredible colonial architecture, Frida, Diego and food. It’s not just tacos and guacamole but there is a serious cuisine scene around.

A three night stopover in Mexico City is a great way to scope out the city. It can easily be combined with either the Yucatan or the Pacific Coast or you could really just spend the weekend in D.F.

Spanish teachers really should consider coming back here for a number of reasons.

Firstly, crime is down, the air is clean, and the architecture and the city have been reworked. There are bike paths, a great Metro, and it’s a pedestrian friendly city. I stayed along the Paseo de la Reforma, a wide avenue running diagonally across the heart of the city, and during the weekend, it was virtually traffic free with only bikes and pedestrians. It’s awesome. Second, the neighborhoods are cool too. Plan on visiting Roma, Condesa, Centro Historico and Coyoacán where both Frida and Diego lived. The Zócalo is the main square in the center of the city and is 57,500 square meters big; one of the largest city squares in the world. While there, imagine Tiananmen Square – it is that big. The square is the home to the Cathedral, the National Palace and the colonial arcade. To the south of the city is Xochimilco which is famous for its miles of canals and lakes and the trajineras, the boats that drift like gondolas laden with tourists and vendors.

Third, there are so many museums and national sights to see. At Casa Azul, the Frida Kahlo Museum, you get to see Frida Kahlo’s genius firsthand. This was Frida’s home where her life both began and ended. She and her husband, famed painter Diego Rivera, are all around you. In addition, this is the neighborhood where Leon Trotsky lived in exile from the Soviet Union during Stalin’s leadership. He had been befriended by Kahlo and Rivera.

Located in Xochililco is a true gem – Museo Dolores Olmedo. This was donated to the state after her death and the house and gardens are a spectacular – filled with peacocks and the famous hairless Mexican dogs. The museum has a collection of 140 Rivera pieces and a number of works by Kahlo and Angelina Beloff. It is accessible easily by Metro and is a must see.

Chapultepec Forest holds Mexico’s version of Versailles, the grand Chapultepec Castle. It is also close by to the National Museum of Anthropology, one of the world’s greatest art and artifacts museums.

So my only question is, why not go to Mexico City? It’s got it all and it is at a price point that just makes sense. 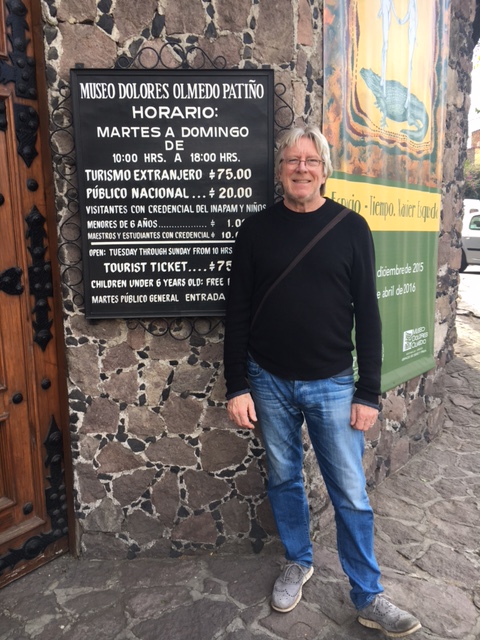 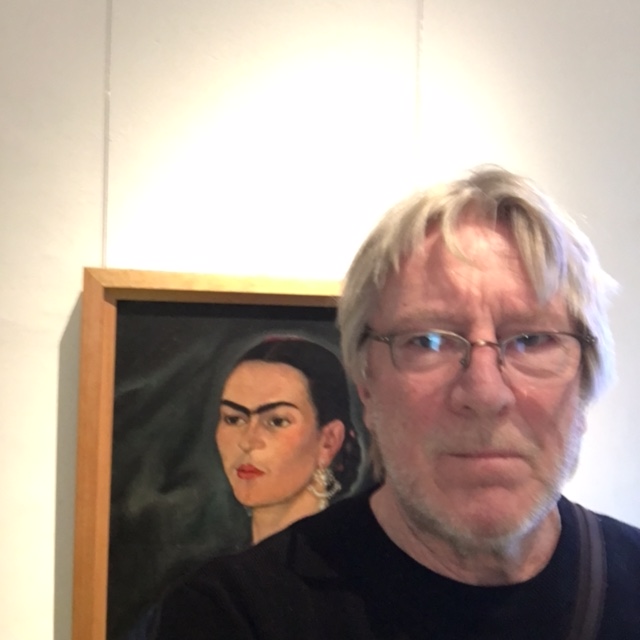 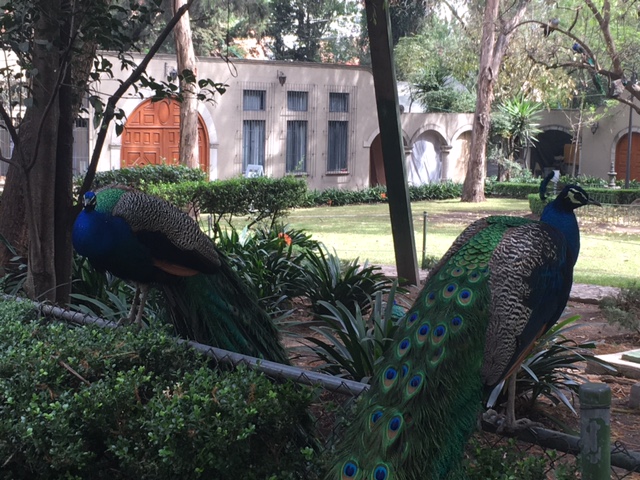 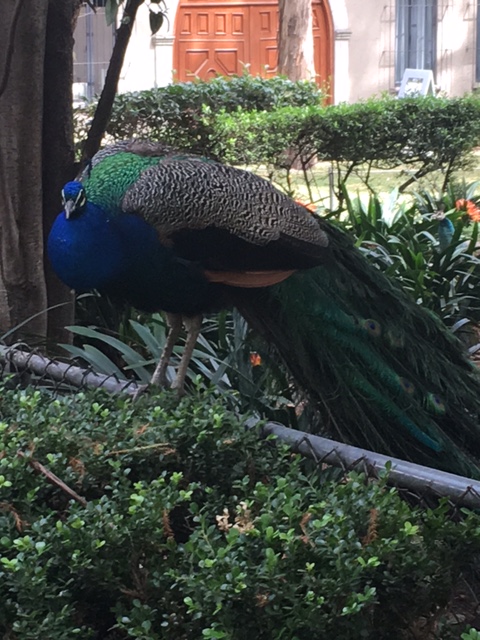 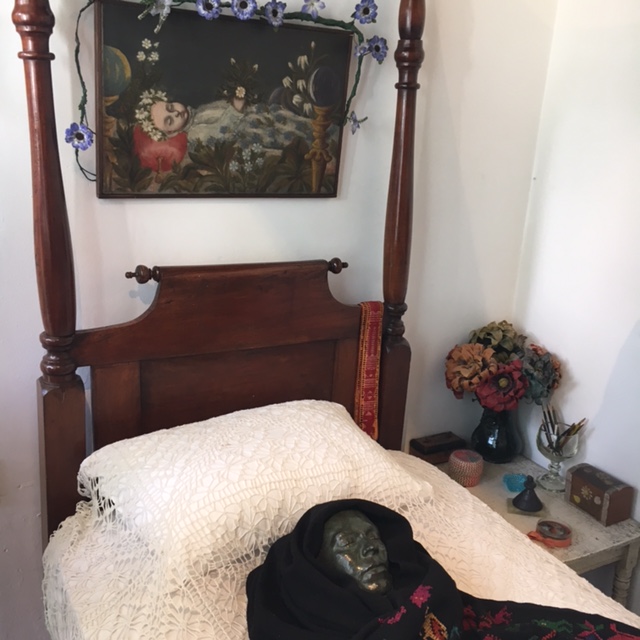 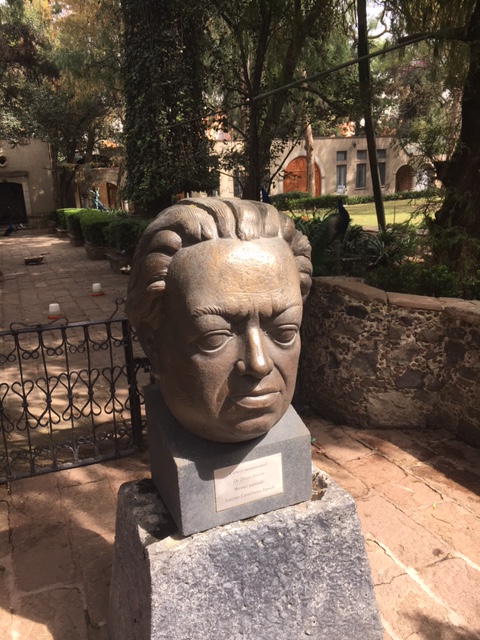 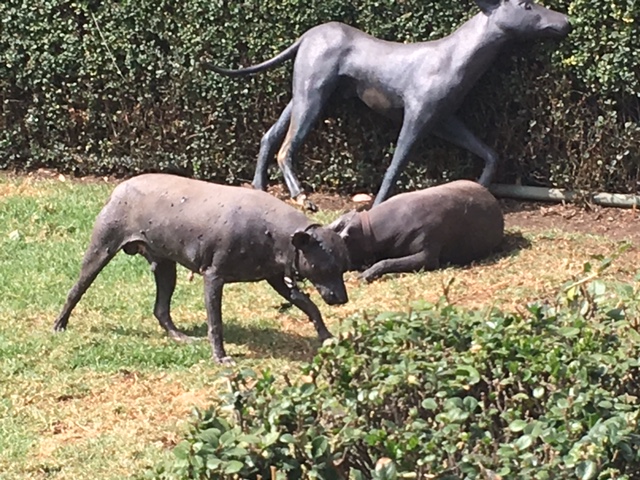 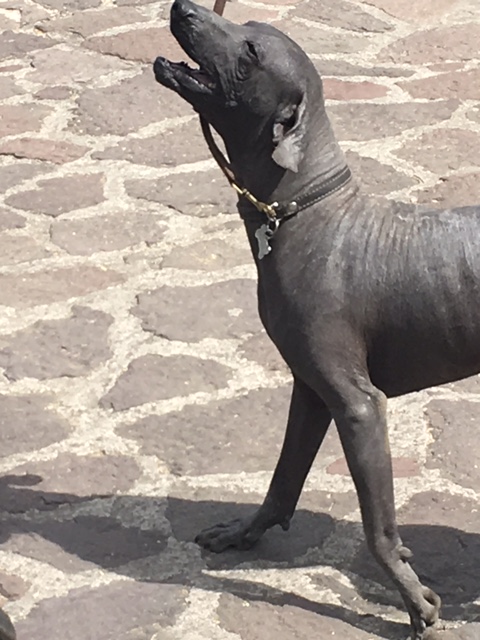 The Roswewood in San Miguel. A friend of mine had stayed at another Rosewood and liked the hotel a lot. This hotel is amazing. We had a great room with a view, Room 303 incidentally, that looked out across the church, La Parroquia de San Miguel Arcángel, this is the iconic sight of San Miguel. It looks Gaudi-esque and the beautiful sandstone gives off a magical hue at sunset when the sky is still incandescent blue. I could take all this in while sitting in my balcony outside the room! Two fireplaces and phenomenal food at whatever time, skyrocket this fairly recent addition to San Miguel’s hotel offerings, to the top. 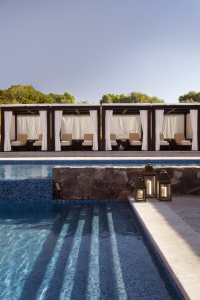 Add the beautiful outdoor pool, actually long enough to do laps, the state-of-the-art gym, and the close proximity to everything and you have a pretty cool set up. It’s not cheap, but pick the right dates and you have a perfect location in a perfect place. The brunch at the weekends is off the charts. Heap loads of those delicious mushrooms that grow on decaying wet corn, slapped on to fabulously fresh-pressed tortillas with a dash of hot sauce were my favorites. It’s all good news on the menu and that’s even before you leave the hotel to explore the city.

The Road to San Miguel

A quick break. A time out. Mexico, in spite of all the bad press seems like a great place to head. San Miguel de Allende is where we headed. Even though it is a little complicated to get there, it’s the kind of place that makes you glad you made the effort. You know that sinking feeling you sometimes get when you have traveled forever and you get hotel nightmares and bad food as your welcome mat? Not here.

There are three ways to get to San Miguel: Mexico City, 4 hour drive and only worth it if you intend to spend a few days there. Not a bad idea as Mexico City is pretty cool. Leon, about 1 and a half hours away and recommended if you like bigger planes and if you want to pass by Guanajuato( the birthplace of Diego Rivera) or Queretero (the closest), 45 minutes, but accessible only by smaller planes(American Eagle essentially). We chose Queretero and because it’s such a small airport, and the planes are small, you have to check the bags…but at the gate! That is to say, no lost bags! Arrived and met by a limo guy from the hotel. Smooth and before you knew it we were heading down the cobbled streets in the beautifully hilly town of San Miguel. Checked into the Rosewood hotel in the center with stunning views and slept.