Summer is over.  From my point of view, it finished around the middle of August when I couldn’t get a Sam Adams Summer Ale and the guy told me that they were only selling Sam Adams Octoberfest.  Are you kidding me?  I thought summer was defined through the summer solstice and the beginning of the school year, not the sale cycle of summer ales and availability in bars

Boston at this time of the year transforms from a cosmopolitan, small city into a mega studentopolis.

Approximately 250,000 students descend upon us between the end of August and the beginning of September, marking the transition from summer to fall.  Back to school.

Into the twilight hours of the baseball season and the opening days of the American football season.

Did Tom really deflate his balls?  I don’t think so.  In fact, nobody in Boston thinks so.  That is just a horrible conspiracy constructed by the rest of the world against our Tom.

So how does our city shape up and gear up for the influx of youth?  Even though the drinking age in the USA is 21 years old, it does not seem to stop the invasion of students into the sports bars around the city.  Let’s face it, if you are a Boston fan then there are plenty of sports to cheer about.  Hockey season is not far away and basketball starts in November.  For those of us who love the game of soccer, well, soccer kicks into high gear come the month of September.  The English Premier League is carried live in sports bars all over America along with the Spanish league, La Liga, and Serie A.  In other words, there are more sports bars and sports to watch on TV than ever before.

Where do people go in Boston?

The best sports bars in Boston have to be McGann’s Irish Pub in the downtown area near the Boston TD Garden, LIR, a great Irish bar close to the Prudential Center, Cornwall’s in Kenmore Square, one of my favorite English pubs, Jerry Remy’s in the new trendy Seaport area, and the famous Cask’n Flagon down in good old Kenmore Square right next to Fenway Park.

When I travel internationally, the first thing I do is look for an Irish bar.  My favorites in Rome are the Abbey Theatre just off of the Piazza Navona on the Via del Governo Vecchio and Scholars Lounge along the Via del Plebiscito.  Scholars stays open until 3:00 am and is the best place to watch American football games that start late.  The funny thing is that London is not quite as hip as the other European cities.  It’s either soccer or suck it in which is a drag because American sports fill the void between the end of the soccer game and 2:00 am.  If the patrons are watching, they are probably drinking and someone is making money.

Here are my back to school sports predictions: Manchester United will win the Premiership, the Patriots will win the Super Bowl even without Tom for those first four games, the Red Sox will beat the Cubs in the World Series (sorry Chicago), the Golden State Warriors will win the NBA Championship back from the Cavaliers by narrowly defeating the Celtics, and the Bruins will win the Stanley Cup.

Just my perspective, no bias intended!  Got to love the fall.

It’s the season. They are officially out there…leaf addicts. They jump on buses in search of the perfect foliage red. Armed with their cameras and sketchbooks, they come from near and far to witness this once a year event that happens only in certain parts of the world – the moment when the leaves on the sugar maples, the oaks, dogwoods, my favorite the sourwoods, and the sumacs turn into bright, burning reds. This is New England in the Fall.

In my local town of Ashfield, MA, we celebrate this event with a Fall Festival. The whole town turns out. It is a tiny town of 1,700 but that weekend Main Street looks like a movie set. There are apple sellers, the fabulous Double Edge Theater performing at Elmer’s Store, there are the Morris dancers and music on the main stage, and of course interspersed between them all are the out-of-towners and the leaf addicts. At the town hall, artisans sell their wares while apple pie and local cheeses compete with the fried dough and cotton candy. There’s only one winner – there always is only one inevitable winner – the fried dough with maple cream and confectioner’s sugar. It’s so bad; it tastes so good.

More importantly, if you are lucky and the sky is blue when the leaves begin to hit peak, you realize that this is a moment; a dance to the music of time. The birds have flown, the dragonflies are hanging in, and the occasional bee is scraping the last piece of pollen from my hydrangeas and windflowers. It is a chance to reflect and enjoy and a chance to socialize before the wood piles replace the perennial gardens and winter sets in. Before the snows arrive after Thanksgiving and those beautiful fall days are a million miles away. The magic of New England, the magic of our town of Ashfield, I wouldn’t trade it for the world. 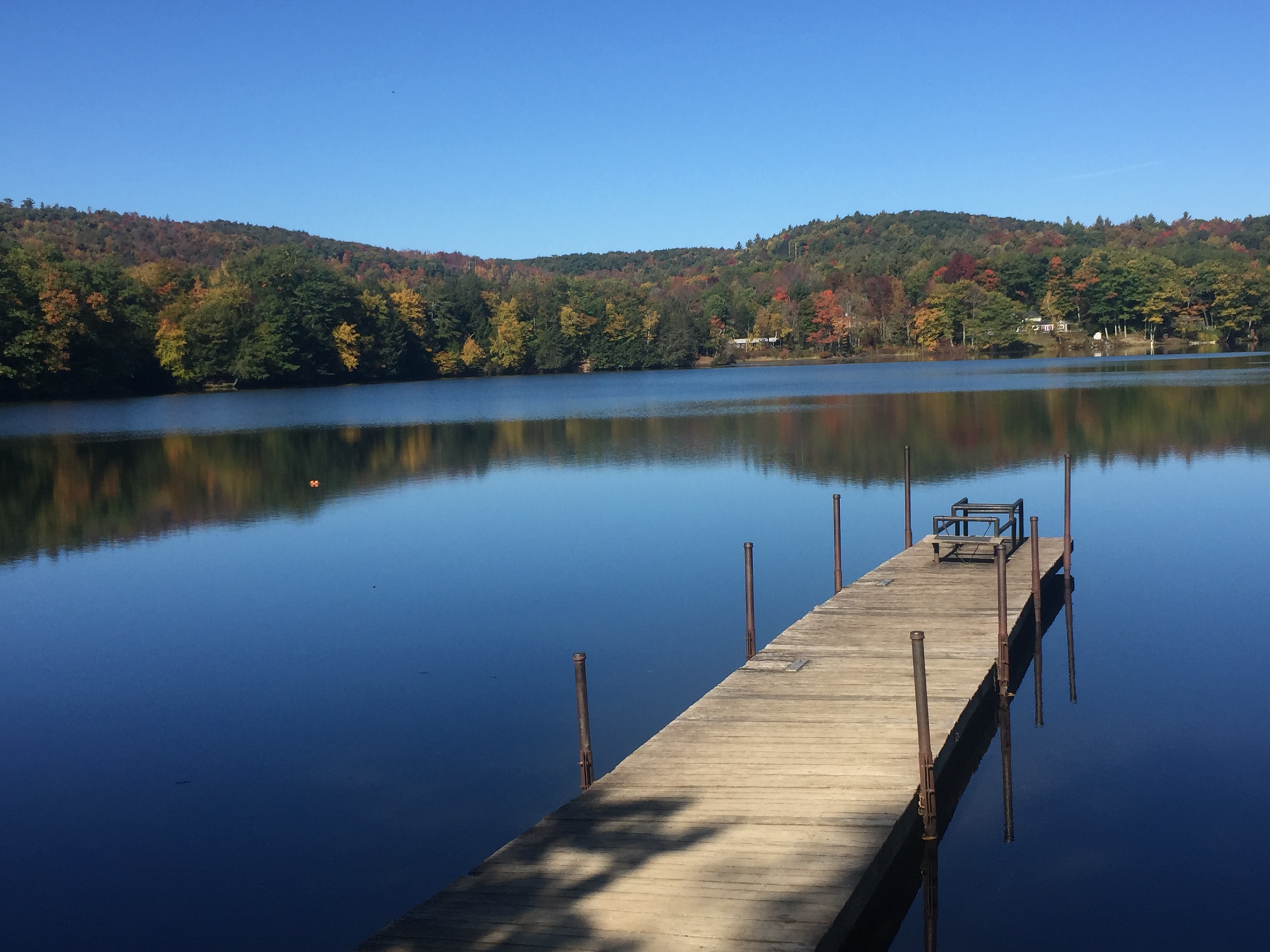