One of the most bizarre things that you can see and buy in Japan, are plastic replicas of food. There are shops that specialize in selling these as gifts. Believe it or not, they are so artistically revered that they were exhibited in the Victoria and Albert Museum in London. It all really started in the 1920s when Japanese artisans and candle makers developed displays of food that made it easy for people to order at restaurants without the use of menus which were completely uncommon in Japan. These things are so sought after by restaurants and by tourists that the market has been growing and growing. The level of detail in creating a display or a dish is extraordinary. Restaurants spend far more money for beautiful displays of their offerings than they do on the actual food itself. The plastic food manufacturers compete for an industry that conservatively runs at billions of Yen per year. 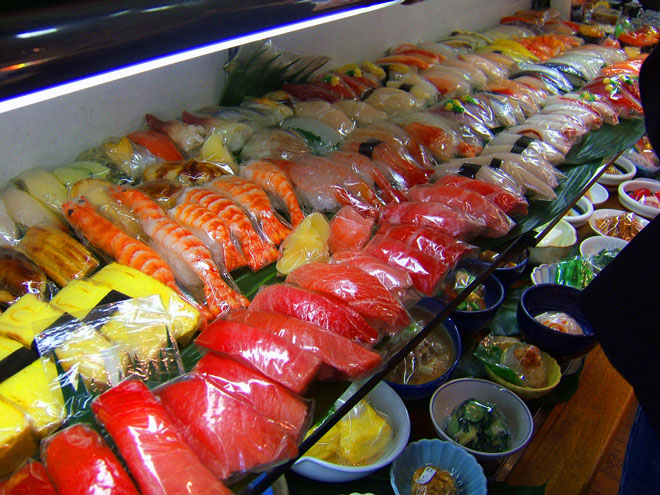 I brought back a piece of fake tuna sushi which is now beautifully displayed on my colleague’s desk. Honestly, it looks so good that every time I walk by I want to throw some soy and wasabi on it. The good news is that they last forever. You just need to keep them clean. They never fade, they rarely break, and they make great souvenirs!