The last time I was in Granada, I recall that we drove from Marbella and I caught the sunset across the rooftops. I remember that we saw a flamenco show in one of the caves in the Sacramonte area and, of course, I got to visit the Alhambra. But I did that all in one day and I promised myself at the time that I would come back.

So, 15 years later, I took a flight from Barcelona to rediscover a great city. The reconquistador! 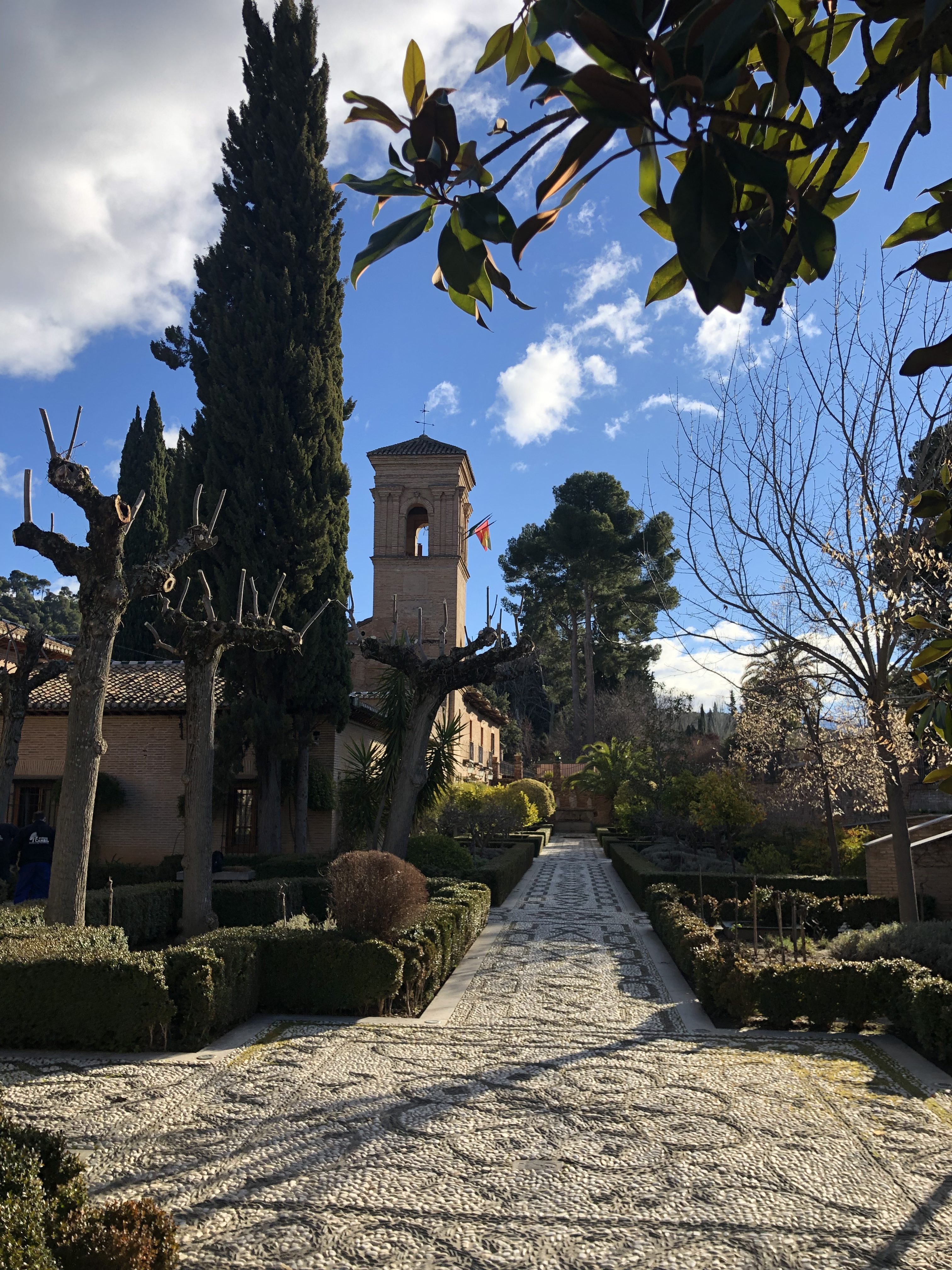 First of all, we were hosting a weekend at the Parador de Granada. It is situated inside the Alhambra Palace and its gardens spill out onto the Generalife Gardens themselves. The hotel, a four-star parador, is a fantastic place to base yourself in Granada. It’s easy and inexpensive to cab into the center of town and other parts of the city. For the adventurous, it’s an energetic walk down to town and a tougher walk back. And what a great place to stay. The Alhambra is a big deal – timed entrances, lots of tourists, difficulty finding spare slots. So, it’s sort of nice when you are already inside of the Alhambra grounds because you have access to the outer parts of the palace. It feels a little like you actually live there, which you sort of do if you’re staying at the hotel. At the end of the day, when all of the tourists have wandered away, it’s just you and the people who are staying at the hotel. It’s a very cool feeling. A travel moment. 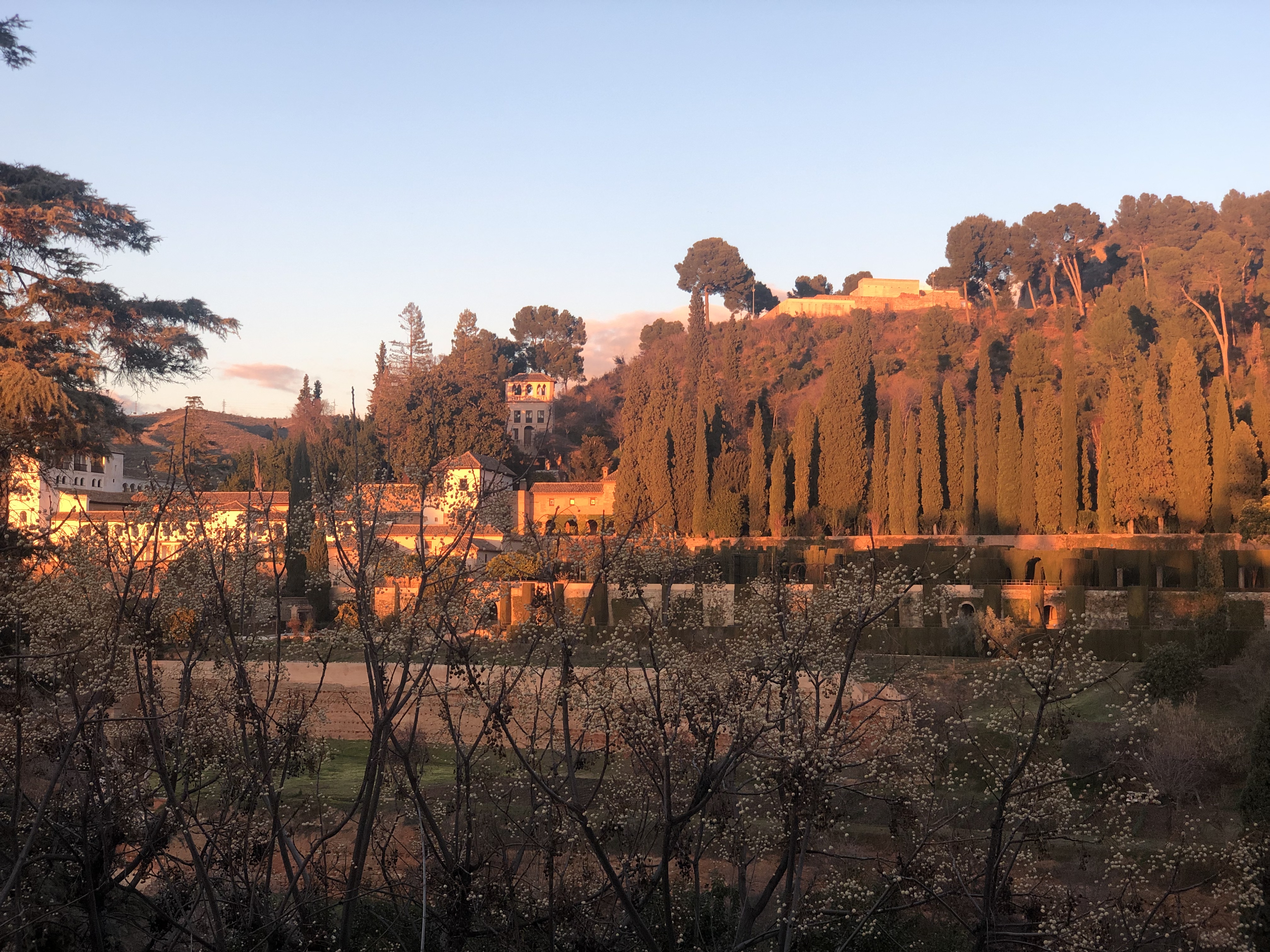 What I loved about Granada this time was meeting up with a friend of mine who lives in the Sacramonte area in a cave. A cavewoman in fact! We had gone to the Albayzin, the Moorish Quarter, for some fabulous tapas to meet up. Here’s the thing about Granada tapas, it’s free! As long as you order a drink, the tapas flies across the table. You can add to it, as we did, but it really compliments the informality of the tapas bar itself. And the free food is really good – not just because it’s free.

From the Albayzin, we took a long walk with our friend to her cave dwelling, while also catching  breathtaking views of the Alhambra at night.  Eventually we ended up at the very bottom of the valley, with the Alhambra in the distance beautifully lit up, and there we came across a series of caves, that in my wildest dreams I could not have imagined anybody living in. And in we went. There was a beautiful fireplace with olive wood still glowing, a tiny kitchen, two bedrooms, a delightful terrace that I struggled to walk up to because the stairways were narrow, plants cascading Mediterranean-style all over the place, and I realized then that I had found paradise. 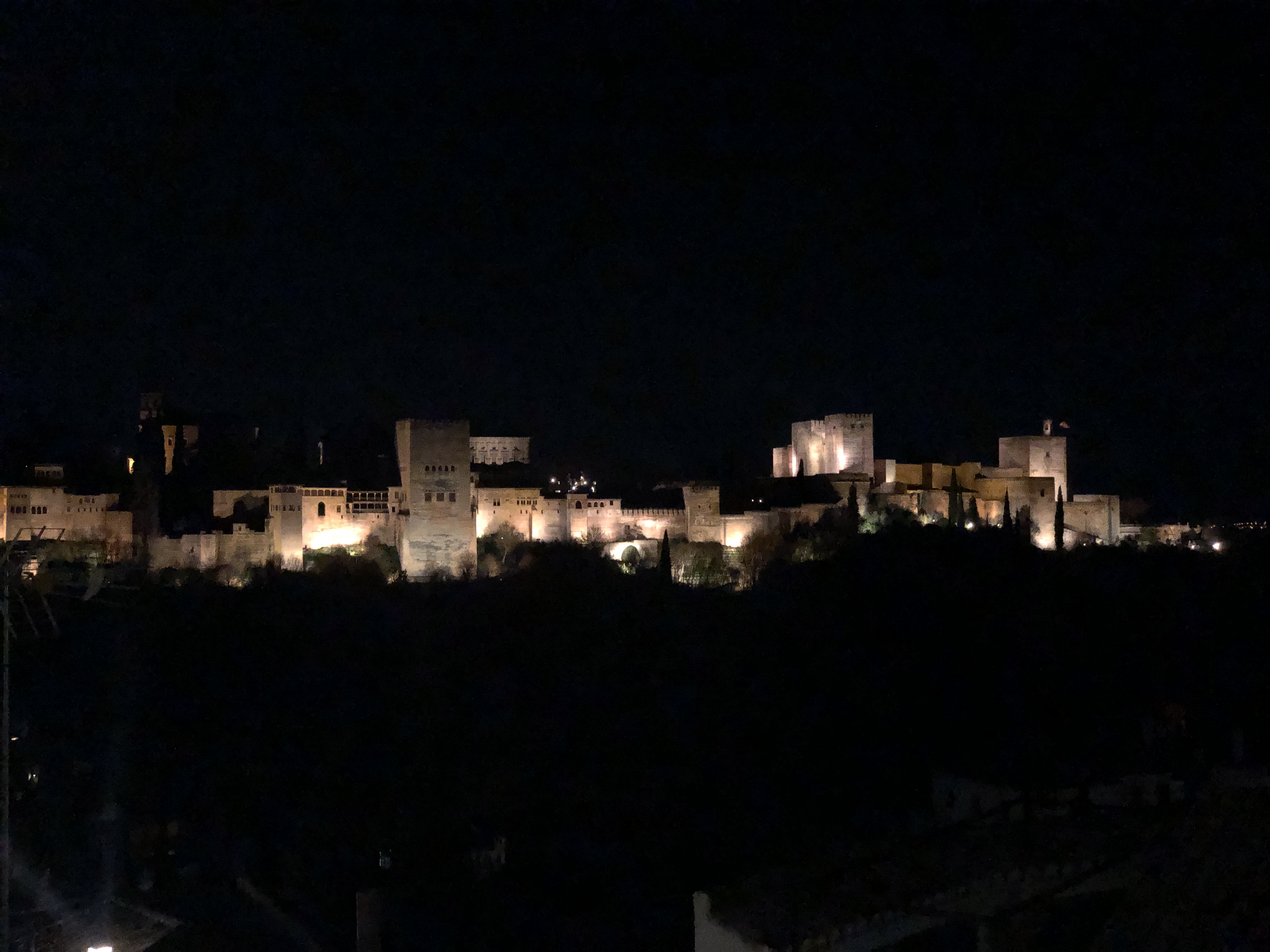 Winter in Granada is probably one of the great times to visit and I was lucky enough to be there. Plan a few days in Granada. You are surrounded by the Sierra Nevada Mountains and the white-washed villages and towns of the Alpujarras. It’s a short distance from the seaside town of Nerja and the caves of Nerja which are famous throughout Spain. Next year, Granada will be linked with the AVE and so will be connected to Seville and onto to Madrid. Making the Alhambra an even more impossible place to visit. So, visit now! It’s fabulous.