A remarkable aspect of London is the way they have adapted their new skyline to an old river.

When I was growing up, the Thames and the embankment areas were barely used.  There was one boat that would take you from Westminster to Kew Gardens and Henry VIII’s palace of Hampton Court and another boat that would travel as far as the tower and Tower Bridge.  It was as if the river ought to be ignored and certainly to all intents and purposes stopped at the Tower.  The French have long made fabulous use of the Seine.  It was inevitable that the Brits would someday catch up and would start to develop a world-class waterfront to showcase London.

And so it goes that pretty much everything starts around Westminster and heads east towards the new developments down at Canary Wharf.  The east of London, once a wasteland full of warehouses and disused wharfs, is now a principal point of traffic with its own airport, super high-speed trains, and new buildings that pop up it seems every six months or so.

For me, one of the greatest joys in London is to take a river tour of London’s history.

These are essentially boat rides that encompasse the Houses of Parliament and Big Ben, the London Eye, Shakespeare’s recreated Globe Theatre, the Tate Modern at the old Bankside Power Station, and the fabulous new London City Hall, the Shard, the Walkie Talkie, the Gherkin, and the Millennium Bridge, otherwise known as the wonky bridge.  Not to mention the fabulous Tower Bridge and its neighbor, the ancient Tower of London.

So a bunch of us decided to do this journey using the Thames RIB Experience boats.  Essentially, it’s a high-speed boat ride eastward down the river with different possibilities for location – Tower Bridge, Canary Wharf, or the Thames Barrier.  It is a great ride.  You embark at Embankment Pier and the journey can take anywhere from 30 to 75 minutes depending upon how far you want to go.

The boat twists and turns in spectacular fashion as you get into open water after Tower Bridge. It’s powered by 740 horse power, in other words it moves very fast.  It rained a bit but nobody got wet because the boat was moving at jet speed!  It was one of the fun ways to see the river and count the changes that have graced this skyline.

One shout out to London in the midst of the Brexit catastrophe – Congratulations!  You have a Muslim mayor, the son of a Pakistani postal worker, in this most cosmopolitan city.  So proud to be a Londoner! 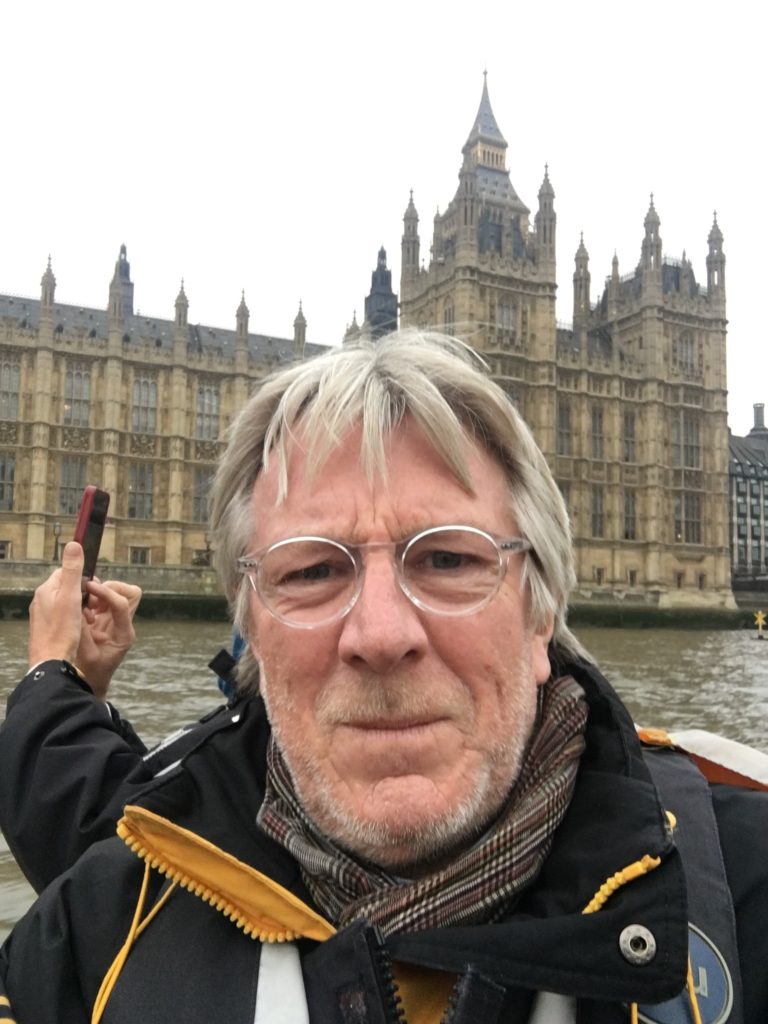 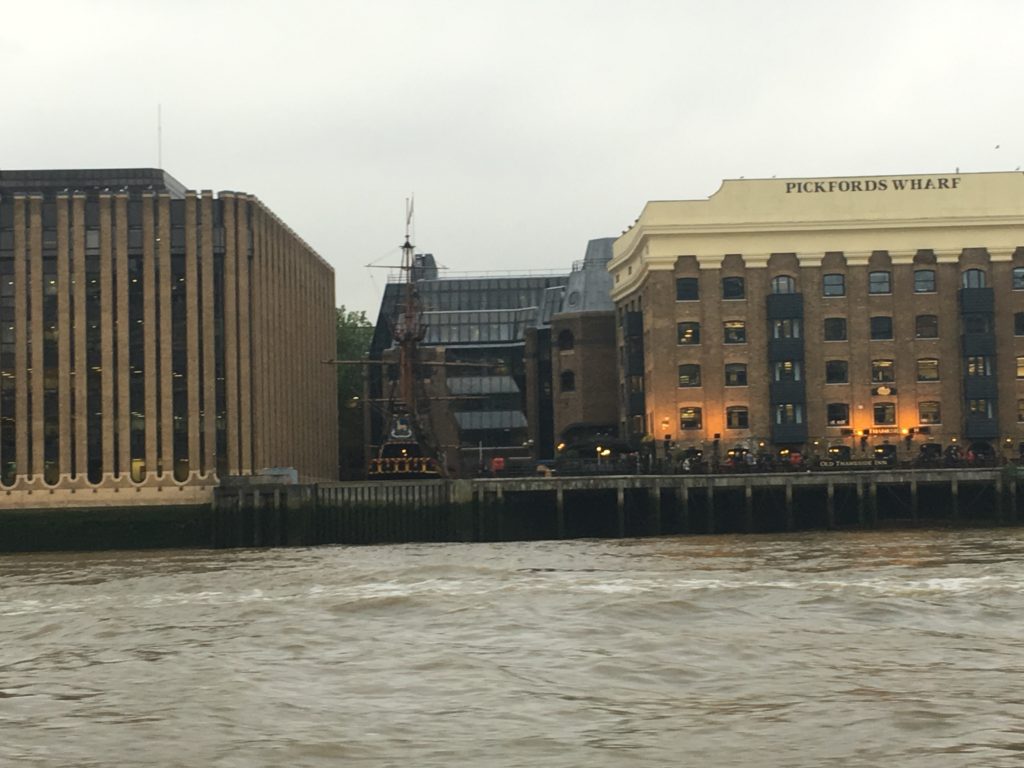