There is something so amazing about the World Cup. It must be that it comes in the dog days of summer when baseball has barely gotten hold of my mind and basketball and hockey are a distant memory. It also is part of my professional life because of GoPlay. We have more than 1,000 young soccer players traveling overseas to play with some of the great international youth teams. We also are privileged to be part of the Celtic FC international football academy program.

And incidentally, I am crazy about soccer!

I love Messi and Ronaldo and just recently came back from the Champion’s League Final in Kiev, Ukraine. I am a lifelong supporter of Manchester United. For these three weeks in the summer every four years, I hold my breath and watch in awe. 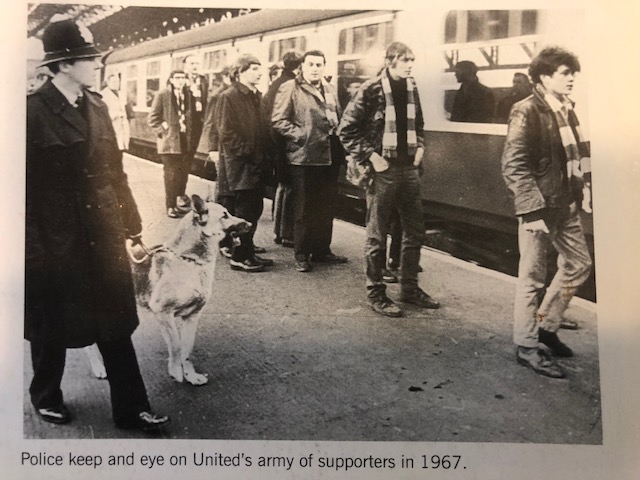 Peter (second from left) in a Manchester United book

This year the World Cup is in Russia and takes place in cities I have never been to in the outer reaches of the huge country. It’s played under the watchful eye of Putin and the new regime of FIFA. A supposedly corrupt-free environment. Ojala!

What I like about it the most is that here we are watching the highest level of football played by 32 countries that range from Iran and Egypt to Morocco and Senegal and the mighty Spain, Germany, and Brazil. Oh yeah, and England too…It is a rainbow of humanity, of artists, playing a game that is so difficult to play in the sweltering heat of a Russian summer. They grace us with a sporting ballet, a drama, that even Puccini could not muster and heartbreak, success, and failure for players and fans in stadiums and televisions all over the world. It is our bread and circus.

Soccer has improved. The skill level is amazing and in eight years, the USA, Canada, and Mexico will host an expanded 48 team roster. I believe that the USA will be a force to be reckoned with. There are 25 million kids playing soccer in the USA and a whole lot of Cristiano Ronaldo’s are about to be revealed to the world.