Today I dreamed of Venice. I had never been to Venice during Carnevale di Venezia but for some reason, some weeks ago, I found myself transiting through this great city and arrived in the middle of the Carnevale spirit.  Venice in the winter is something incredible.  If you fly into Venice on a clear day, you are struck immediately by the silhouette of the fish that is Venice from high above – stretching all the way from the Arsenal to the Piazzale Roma.  Upon arrival, there is a new walkway at the airport that takes you from the terminal building to the ferries and motor boats.  From there, after usually a little bit of chaos, you find your boat and sail across the wide lagoon.  Looking back beyond the airport, the snow capped Dolomites are a stunning sight like the backdrop in a theater.  You pass San Michele Island before entering the small canals that lead into the main artery of the Grand Canal. 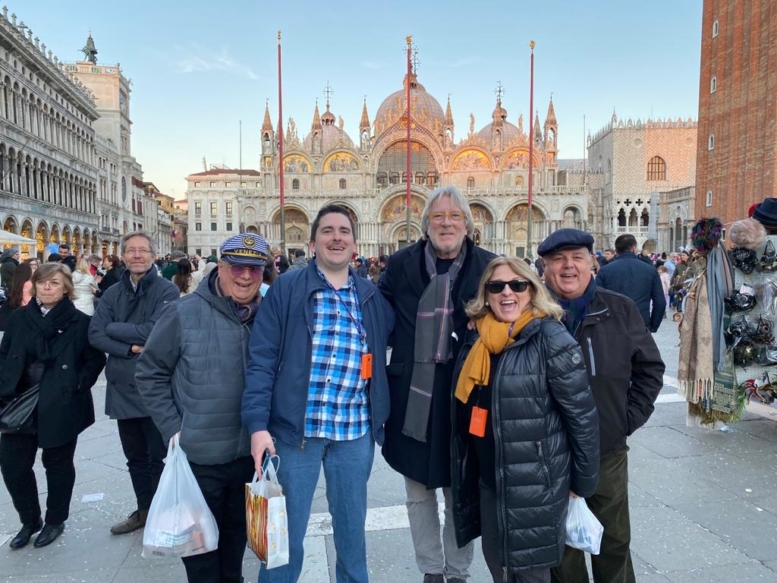 Venice never ceases to amaze.  It is like a Hollywood set – the Doge’s Palace, the gondolieri, Santa Maria Della Salute, San Giorgio on the Giudecca, and of course, the jewel in the crown, the Basillica of San Marco and its clock tower looking out across the square.  In this dream, I walked through the streets and into the piazza where I ended up in the middle of the Carnevale.  There were elaborate costumes, people posing at the Quadri, and walking deliberately, slowly, disguised with their Carnevale masks.  Everybody appeared to be on show, with some sitting in the piazzas, where musicians in costume played, while others walked along the Promenade of the lagoon.  It is the most colorful spectacle I have ever experienced.  In my dream, I walked through the centuries in slow motion with all of these characters.  I never thought that three or four days later, the narrow alleyways, the main piazza, and the canals would be empty of the three million people that come to celebrate Carnevale every year.  Venice would then take on an emptiness that it will probably never see again.  I cannot wait to go back.

It is bizarre in this time of COVID-19, to think that the masks that we wear now are strangely derived from this ancient festival where people actually wore the masks to conceal their identity and to have fun.  The masks enabled different classes to mingle together through the festivities and all sorts of debauchery took place.  A lot of people ask about the long nose masks and they are particularly relevant today.  The PesteMaschera were used by doctors to treat people with plague-like symptoms by stuffing the nose with herbs and spices.  The aroma enabled the doctors to work without the stench of the plague around them.  In addition, they believed that the mask would help ward off the plague. 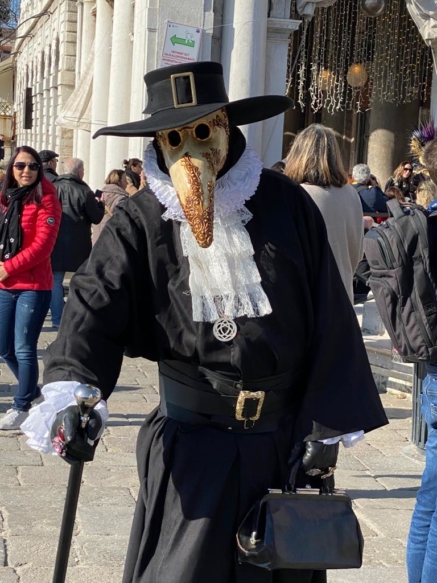 The Venetian mask makers, the mascherari, held a special place in Venetian society and had their own laws and their own guild.  And the masks themselves became a central feature of the Venetian Carnevale.  It began as a Baroque carnival in the 1600’s and was then used in the 1800’s as a form of fun and pleasure.  And as a way to insulate the Venetians as their world slowly changed and alternative trade routes bypassed this great city and left it for the grand tour travelers to enjoy. 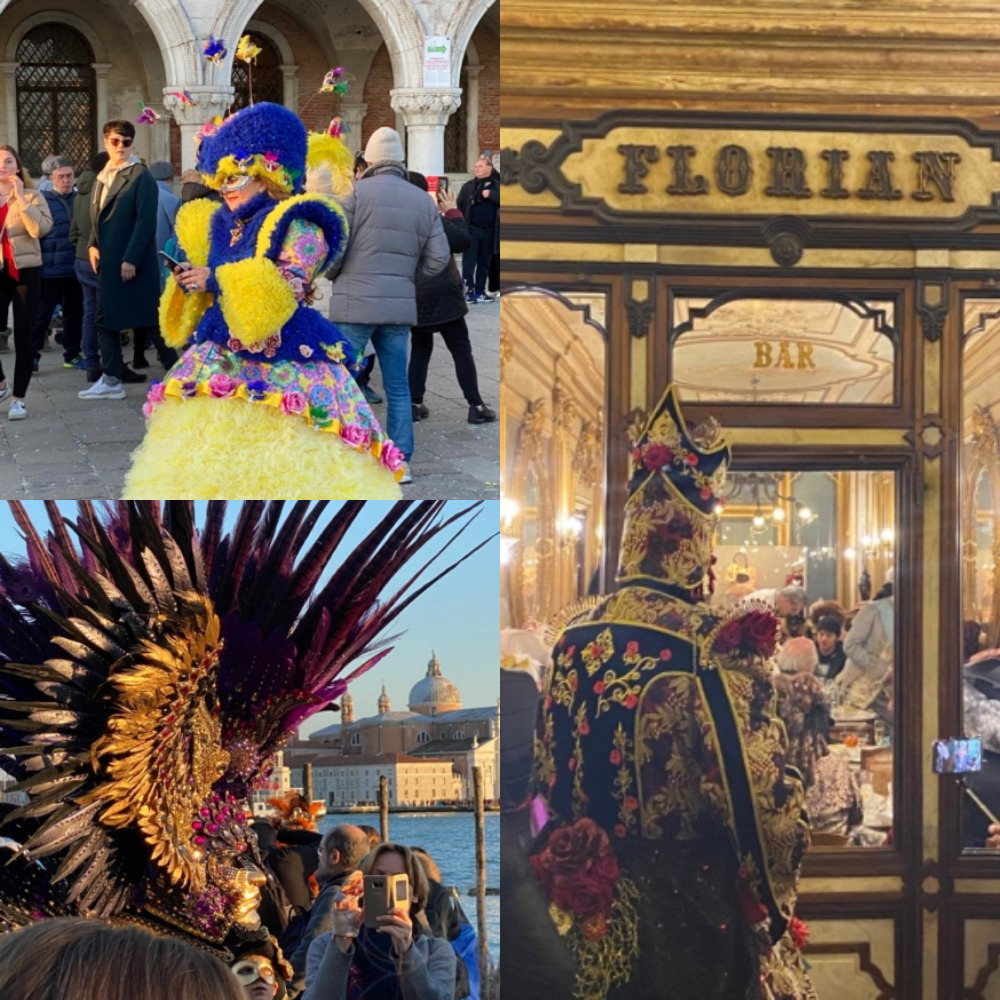