Riding around on a red Vespa in the center of Rome is a way to see the city. Not necessarily the safest, but a way. So, I had the pleasure of riding on the back of my friends scooter so I could take in the sights and film the chaos while he focused on the road.  Rome makes its claim on being built on seven hills but ironically the two hills that afford the most spectacular views of the city are not on the coveted list of the magnificent seven!  So, off we went!

The Pincio is the hill that sits high above the Spanish steps. It backs onto the Borghese Gardens and always in my mind belongs to Sundays.  Sunday walks, Sunday picnics and strolls from the Piazza del Popolo through the chic and glitzy streets that lead to Keats house and the Babington’s Tea Rooms. One of my favorite cafes is on the via Condotti, the Main Street that showcases the Spanish Steps.  Antico Caffe Greco. The oldest bar in Rome and second oldest in Italy.  Cafe Florian in Venice has that title. The tiny sandwiches at cafe Greco are simply like no other! 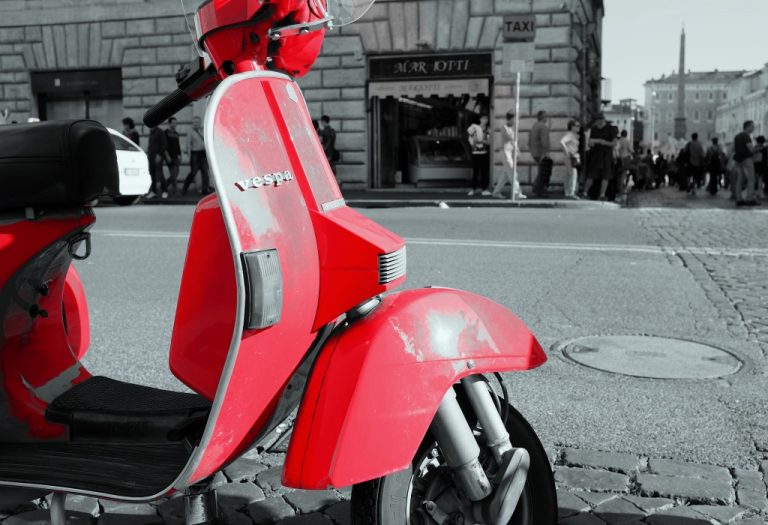 The other hill is the Gianicolo. This is the hill that winds its way out of St. Peters and descends back again past the Spanish Embassy into Trastevere.  Most notable for Punch and Judy shows on Sundays and the classic view of Rome stretching from the wedding cake building far beyond to St. John’s in Lateran.  It’s Garibaldi’s hill.  His statue dominates the top of the hill.  The revolutionary who became the catalyst that united Italy and ended Vatican and French dominance. The Gianicolo was a battleground, and now is probably the most peaceful place on earth to take in this magnificent city.

A tale of two hills.  Neither on the list of seven, but both significant and meaningful to the tourist for the classic view of Rome.

Oh, and I survived the Vespa experience too!