It’s been a tough few months out there.  First, the disastrous vote on Brexit by the (get this) “Brexiteers” followed by the new reign of King Trump of Orange (no relation to William of Orange).  And here I am with two passports, one British and one American, feeling that I need a stopgap.  As it turns out, the UK parliament has decidedly voted to move Brexit into motion.  What that means for me is that I face, along with every other pro-European, the uncertainty of access into the 27 other member countries of the EU.  So, whoever thought up the idea of a referendum? Well, actually we have the Swiss to blame for that.

Around the 13th century, 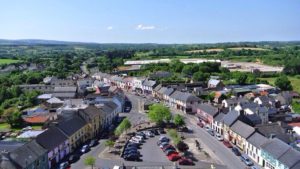 the Swiss started it all and it still thrives there to this day.  All you need to trigger one of these things is 100,000 votes.  Well, as we know, it’s not all wine and roses.  Hitler used the device to promote his populist rantings and managed to screw the entire western world over and kill a lot of innocent people in the process.  Referendums gave him the dictatorial powers that enabled him to dominate the evil arena for over 12 years.  In the USA, there’s no national mechanism for a referendum.  Pity, as we could probably do something about Donald of Orange right now given his current standing!  Still, 24 states hold referendums and Massachusetts became the most recent state to pass legalization of marijuana laws through this device.  So, referendums are really not all that bad.  It’s just that when you need them to fail, the failsafe doesn’t work.  Brexit voters just caused the biggest upset in British politics…and what will happen to Scotland?  After all, Romans thought it was wise to keep out the Scots by building a wall!  Heard that somewhere before.  Didn’t work then. Won’t work now!

My Only Hope – Ireland

My grandmother was from County Clare and according to Irish law that entitles me to apply for citizenship.  Therefore, it’s a route back into the European sunshine of 27 states.  I knew granny 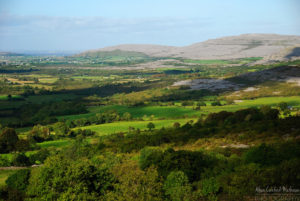 would be good for something even though none of us could understand a word that she said!  So, off I have been on the path of discovery to County Clare, the tiny town of Scarriff, and the even tinier hamlet of Aughram.  I am looking at church records, the births and deaths register in Dublin, you name it, I am on it.  And I am nearly there.

To be honest, it is exciting to retrace my heritage and the journey has been a journey of discovery and revelation.  As it turns out, my grandmother was telling porkypies (lies) about her age and it seems porkypies about her name.  But I got her!  Even though the shocking news about name and age was difficult to take for my mother, the consolation for us all was that we can all get Irish passports.  Unless, of course, the Brexit vote is reversed.  Unlikely though with the way the world is shaping up at the moment.  For Americans, think laterally.  You may have relatives in Mexico or Canada and let’s face it, a Mexican or Canadian passport may be the only way you get to spend your vacations in Cancun.  Of course, you may never be allowed back to the USA!