Strangely enough, this whole challenging saga began after my second trip to Japan in January 2020. After visiting only a few months prior, I had returned to the country again to see Tokyo and Kyoto, and this time I even got to visit Hiroshima. As I love Japanese food, I ate up a storm on this trip, and I dove deeper into Japanese culture. Even knowing that this was my second time there, it was still mind-blowing and spectacular. But there was this thing in the background that I was aware of. I had picked it up on the BBC News and knew it was out there. But I thought it would be resolved. 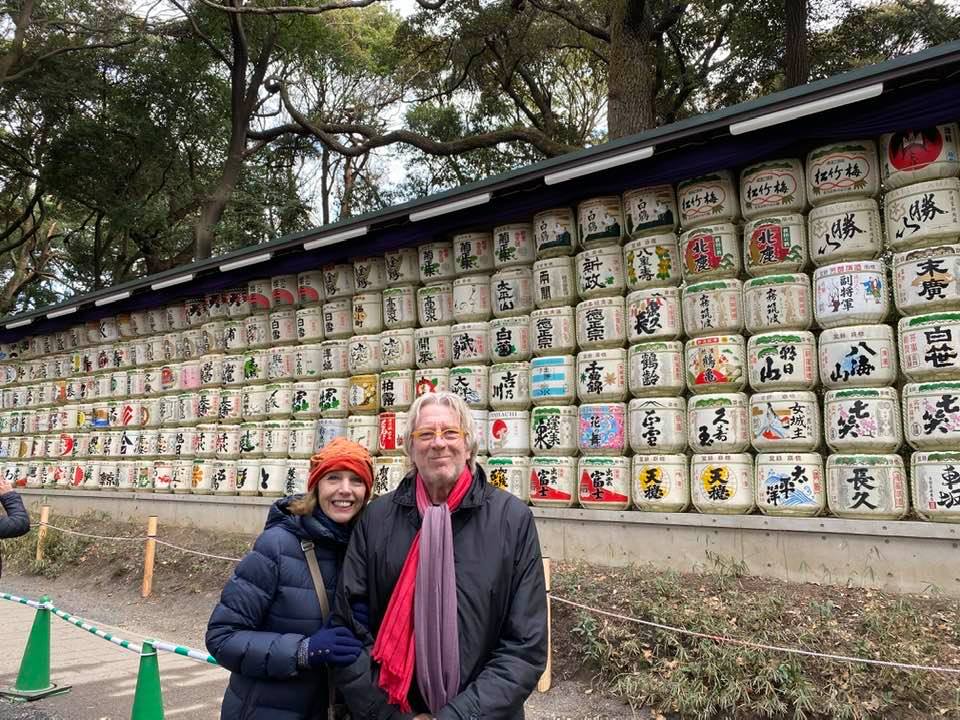 There was a cruise ship in Tokyo Bay that had been stranded while they tried to figure out what to do with people who had been infected by isolated cases of this novel virus, Covid-19. I think we all thought that it would be sorted out quite quickly as Japan is highly organized and efficient and that they would help to isolate whatever this was, and life would go on. For me, I continued to travel.

Fast forward a few weeks to coming through the Marco Polo Airport in Venice on February 20th. It wasn’t a big deal but I had my temperature checked before immigration. Immigration in nearly every European airport is electronic. So, it was strange to see somebody jumping out of nowhere with a machine that detected your temperature. I didn’t think too much of it and headed into town on a boat across the glorious lagoon. Had I known what was about to follow, I think I would have asked the motoscafi guy to go super slow so that I could taste every single aspect of that journey from the airport into Venice. It is probably the greatest single airport transfer in the world. 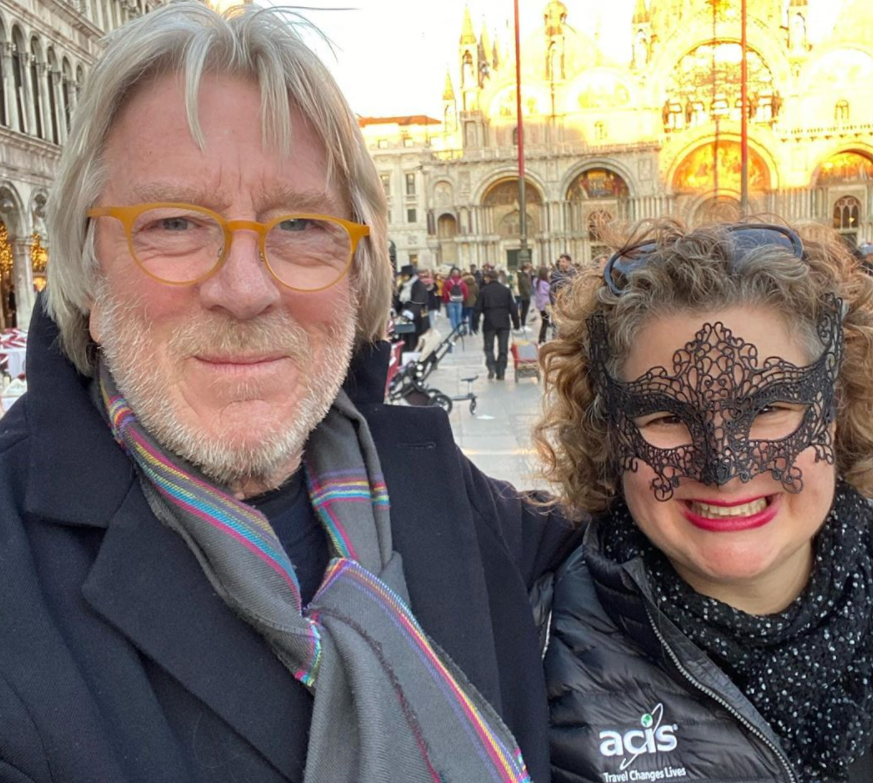 I checked into the hotel and went for lunch at a cool place as I waited for a friend of mine to come in that evening. I even met up with an ACIS group. I hung out with Anna Costes, our fantastic and fabulous Tour Manager, and we made some silly poses with masks on. We didn’t think much of it except how lucky we were to be in a town like this, in a setting like this, as everyone walked around in wonderful Venetian Carnival costumes and masks. It was a theater set in the center of one of the most beautiful cities in the world.

The next day, I walked around the city and people were flooding in from everywhere since it was Saturday. At Carnival, the city usually enjoys three million visitors. I had a bite to eat, left Venice, and drove with my friend to Switzerland. Every year I go skiing there – the same hotel, same mountains, and same friends. We have been doing it for 20 years. I know exactly what is around every corner of the mountain. Believe me, at my age I’m not looking for surprises. I’m more of a sightseeing skier and I like to coast and cruise while I take in the scenery. I even know what the hotel room looks like and I know the people in the hotel. Had I known what was about to unravel, I would probably have savored that week a little more. But same hotel, same mountain, same bartender, same friends. It seemed just like any other week in the mountains. Except it wasn’t.

This was the last week that Europe would be open. That week was when the cruise ship in Japan became a deteriorating situation, and Japan had shutdown. Italy, one of the first European countries to experience this outbreak, started to shut down too. The Carnival was cancelled. Borders were closed. Literally the lights went out during the course of that week slowly but surely. By the end of the week, Europe was shutting down.

By the time I got back to Boston, I wasn’t even sure what kind of entry issues immigration would give me. I boarded the busy British Airways plane from London to Boston, and upon arrival, I had to ask somebody if there was any special immigration protocol for Covid-19, or new entry requirements, or new concerns. An immigration official said that nothing unusual was required. Welcome home. There were no temperature checks or masks being worn then and they let me through as normal.

The first 10 days of March was confusing. Italy had essentially shut down right after I left, some countries remained fairly open, and we still had groups traveling. The last two groups out there were Jim Minor from Sarasota on an amended European itinerary, and Lucy Bartholomee from Dallas was in Australia. Everyone else had cut their journey short or rethought their plans. By mid-March, everyone stopped traveling. In four weeks, this virus, which started in China, became global.

I was thinking of all the traveling I had done since the start of the year. When I was in Barcelona in January to celebrate our Global Teacher Conference (with more teachers than ever before), I wish I had stayed a little longer to taste this wonderful city by the Mediterranean. It always energizes me. When I went to Bruges, I was so charmed by the place, and a beautiful evening hanging out in a gorgeous converted monastery, that I nearly took it for granted because I knew I would be back since that’s what I do. I travel, I wonder, I learn, I travel, and it changes me. And then the world stopped.