The last time I was in Croatia was 1987. We had taken a two-week vacation at a hotel north of Dubrovnik which was then bombed out of existence during the Yugoslav Wars. This time I had decided to drive from Sarajevo over a very pretty mountain road, onto a prairie-like plain that stretched for miles, and then down into the city of Split and along the coast. 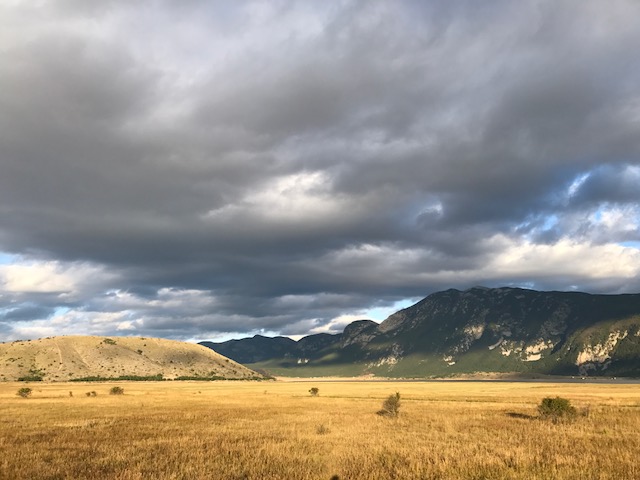 Split was a fabulous surprise. It was Diocletian’s hometown and as any good Roman emperor would have it, he had a remarkable looking palace built. Situated along what is now a very cool and groovy promenade, it hosts restaurants and bars and at any point in time during a busy evening, musicians gather to perform in the open square. 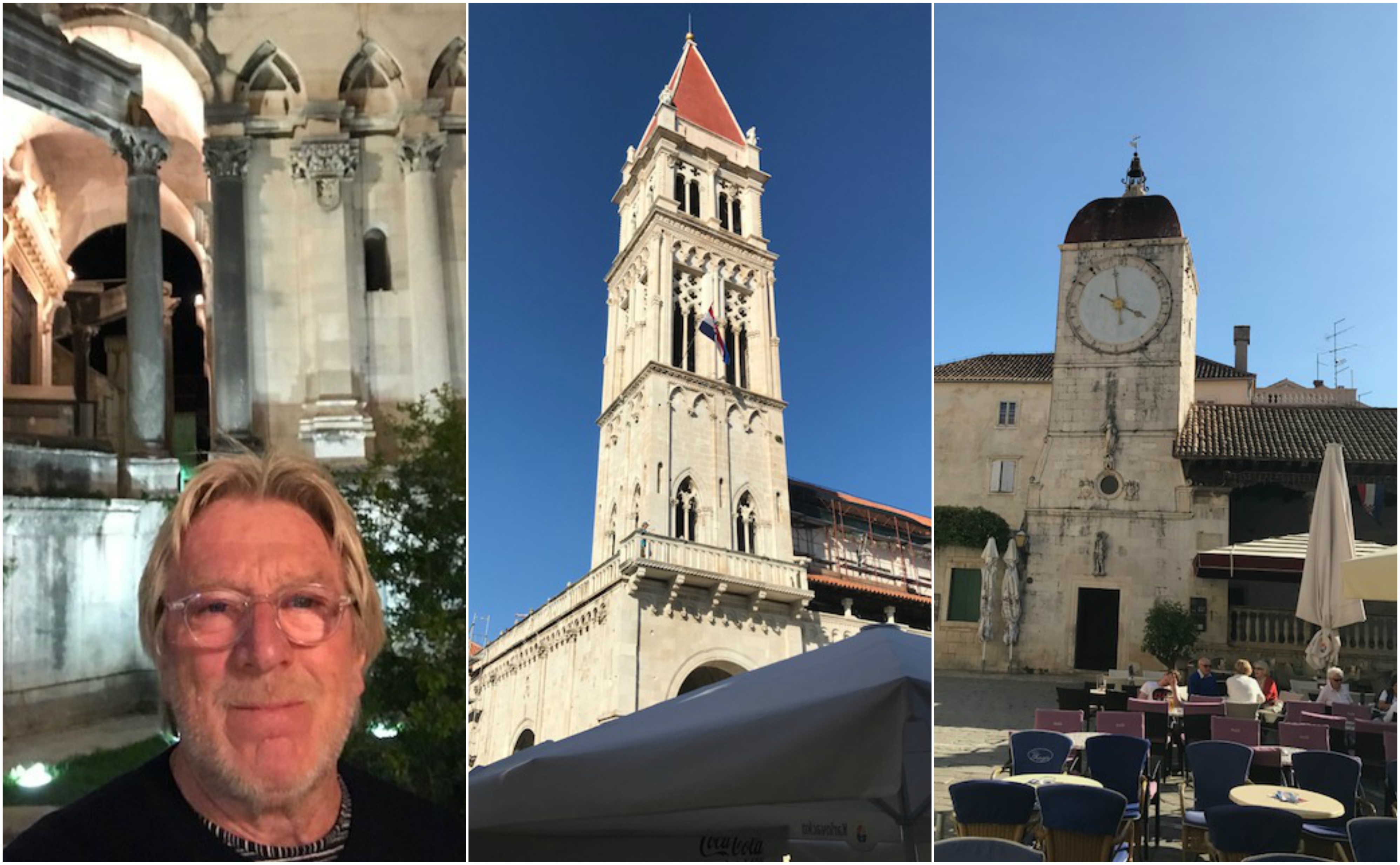 Split is a lively town with a nightlife that seems to go on forever. The restaurants are very decent and in Croatia, the big dish is the risotto with blank ink squid. In my opinion, it is not quite as good as its Venetian heritage, but given the fact that this entire Dalmatian Coast was once part of the great Venetian empire, it was not that bad either. The white stone streets and the palace are constructed with Dalmatian stone and all hail from the same quarries that gave us St. Mark’s Square.

Croatia was the second country to successfully apply for EU citizenship after Slovenia – and it shows. There are EU dollars in these hills for sure. Split is a port, a beach resort, a party resort, and a historical heritage site.

The delight of the Croatian coast is that it never really faces the open sea but nestles itself in between beautiful islands that are never too far away. We drove to Trogir to take a boat ride to the Blue Lagoon. Trogir has a beautiful main square, lots of shops, and a great clock tower that reminded me of a mini San Marco. The influences of Venice are everywhere here. Another fun excursion from Split is to take a double ferry ride to Korcula. Both ferries are car ferries and it’s a fun way to experience the Adriatic coastline. 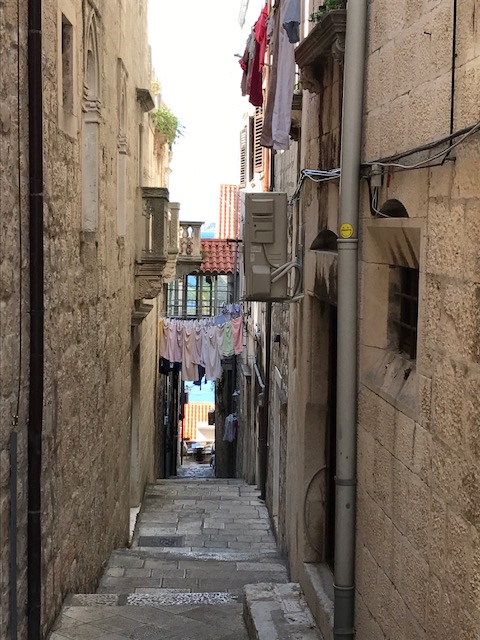 Interestingly, Korcula was the apparent starting out point for Marco Polo as he began his journeys to the East. It is a delightful town and on a beautiful day it’s well worth the visit. It’s Marco’s town after all! Every traveler should tred in the footsteps of the greatest traveler of all. The drive down towards Dubrovnik reminded me of some of the great drives in the world: Big Sur, the Corniche in the South of France, and the drive down to the tip of Cape Horn from Cape Town. It is simply breathtaking. There are lots of impressive places to stop off – the village of Ston being one place that comes to mind. Lots of signs for wild boar along the road although there is not much evidence of boar in the restaurants! 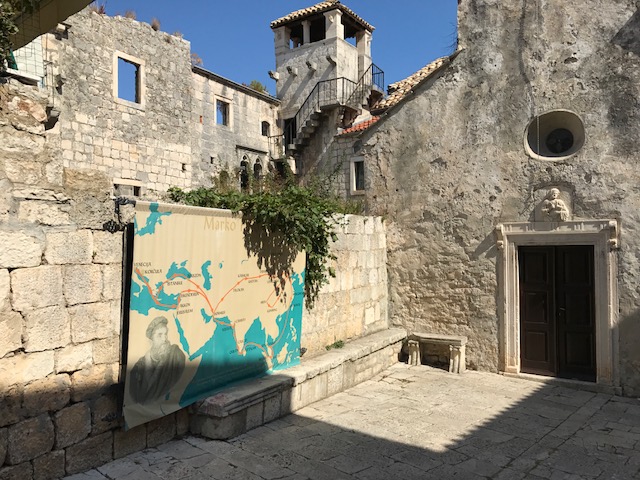 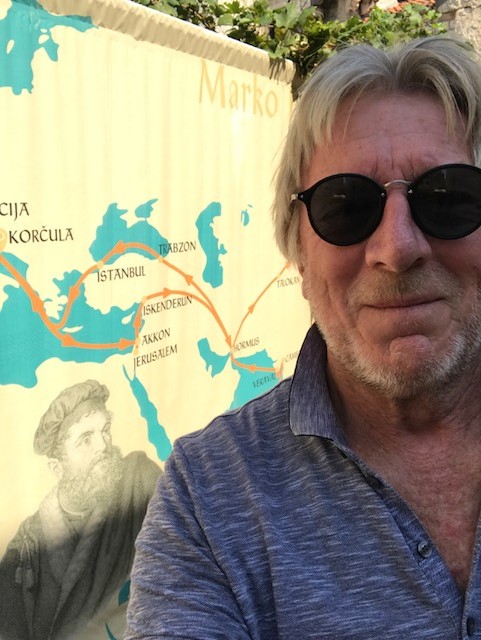 What we did in one day we could have spent a week doing. Eventually we lost the sun and ended up on a high cliff looking down into the Dubrovnik harbor as a huge cruise ship was getting ready to head out. It looked magical in the evening light and was as a tall as the mountains behind it. But cruise ships take their toll and that is another story.