I had never felt the need to return to Bern, Switzerland’s capital, after I had visited it about 35 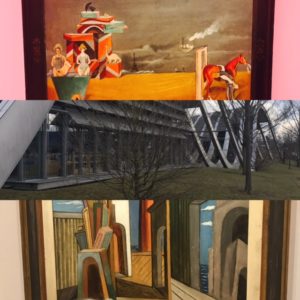 years ago.  I do not recall much other than their famed Bear Pit, also known as The Bärengraben.  Beyond that it was a place between somewhere you had come from to somewhere you wanted to get to.   It was a stop for lunch or a break on a monotonous journey along motorways.  One things for sure, it wasn’t Rome. 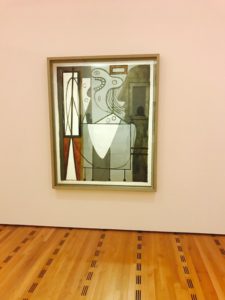 However, recently a friend of mine had the bright idea to revisit the place and stop at the Paul Klee Museum.  It’s well worth the stop if you happened to be on that road.  It’s an odd architectural piece stuck along the side of a motorway and in the middle of a suburban sprawl.  Not ideal and not easy to access.  It’s a wave-like structure half buried in the ground.  It looks like an old air raid shelter my parents had in their back garden during the war.  The building’s architect, Renzo Piano, wanted to build something 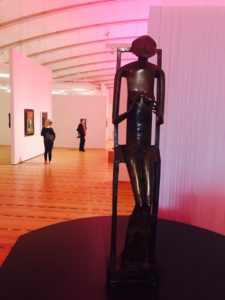 extraordinary that would be in harmony with the artistic movement that it represented – surrealism at the turn of the century.  There are 4,000 Klee paintings in the museum amply padded with a Picasso here, a Joan Miro, or Dali there.   In all, it truthfully is not much my cup of tea, although I liked the black and white photo depiction of the history of the artists and the period.  There is also a children’s section where 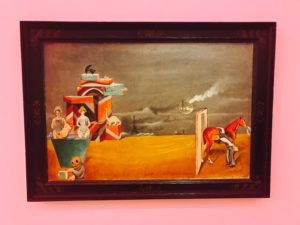 budding young artists are free to connect the dots between aspiration and reality.  The cafe was a great place to grab lunch and surprisingly for Switzerland it was relatively a good deal.  It’s worth the stop if you like this sort of thing.  If surrealism is not your thing, it’s not such a bad place to pass a few hours in between where you have come from and where you are going.