The news was bad.  The rains had washed away the border crossing and so there was no way back to Israel at the southern crossing.  Instead, we had to drive north to the Allenby Bridge crossing and we had to leave our hotel at 3 am.  It was sort of exciting because that particular crossing required a visa from Israel because it originated in the West Bank and there had been some issues at the crossing before.

We stopped along the Dead Sea on the Jordanian side at an awful café where I had a falafel and a coffee and was convinced I would have dysentery within the hour.  I laced my coffee with a Pepto-Bismol to ensure I made it.  I popped into the bathroom but simply could not stay.  It was dreadful and I felt myself longing for the souvenir shops with the toilets the day before.  Jordan was no Israel and I realized we had to get to the border crossing.  It was our only hope!

We organized a VIP status at the crossing and that expedited most things.  Again, it was as if we were in a spy movie – passports were exchanged, we said goodbye to our Jordanian guides, jumped into a neutral vehicle, crossed over, and our Israeli taxi driver was waiting for us.  We drove across the King Hussein Bridge and there was a primitive bunch of roadblocks with nails to stop anybody from hurling themselves into Israel.  The actual drive across the Jordan River seemed to last forever.  We spilled into Jericho and then drove past the settlements, through the West Bank, and into Jerusalem for a late stroll and another plate of hummus.

I was beginning to like hummus with a cappuccino. Am I really saying that? We were back in Israel and the toilets sure looked good to me. 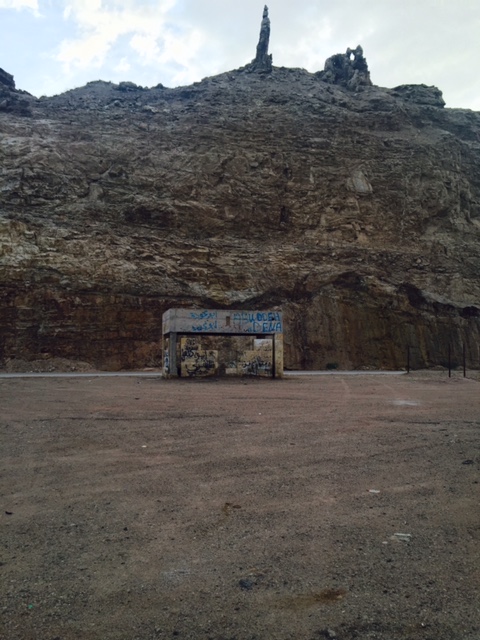 It was cloudy when we left Aqaba but all of the forecasts predicted that rain would cease around midday when we were set to arrive in the ancient city of Petra.  Situated in the Wadi Musa, Petra was established by the Nabateans around 400 years before Christ.  In its heyday, it was home to 30,000 people.

The Romans came and colonized and built their amphitheaters, baths, and shopping colonnades and then the earthquake took care of the rest. It was a well-kept secret for over 1,000 years until a Swiss explorer rode into the city disguised as a holy man.  The game was up and it was on the tourist map.  But this is no ordinary place.  Cut into the sandstone and chiseled into huge blocks of pink and red cliff, this place has everything….except decent places to grab a bite to eat and a cup of tea!

Standing by the main palace entrance, walking into the tombs, or wandering down the narrow, towering vertical walls are some of those extraordinary moments in travel when you pinch yourself. Running through the Siq is one of the great walks of travel. It is a walk of anticipation that was made into a sacred way by the Nabateans who had their eye for a dramatic moment or two clearly.

You don’t know whether to put your camera down or just keep hitting the shutter.  Then you spill out onto the masterpiece called the Treasury. It is like a movie set.  It is a movie set and the tour has not really begun.  We spent the best part of six hours there.

The houses carved into the cliffs go on and on.  You can get lost as you wander down that valley.  Imagine that this place was practically shut down for 1,500 years?  No water (the aqueducts were broken) and no civilization.  Just a few Bedouin’s holding one of the great secrets of time. Somehow most of it hung in there.  If you have never dreamed of going to Petra, go!  We came in on a horse and we left on a camel.  Incidentally, it was only an hour ride on the camel but it felt like a month.  I had so much more respect for Peter O’Toole than ever before!

Back to Aqaba for an evening dinner and an early departure. 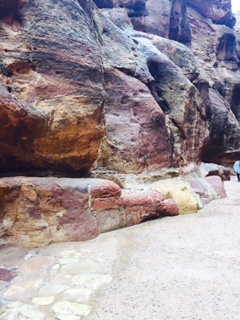 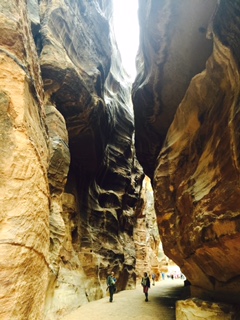 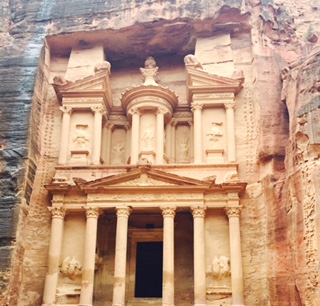 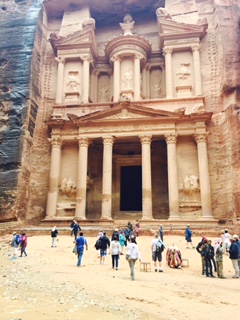 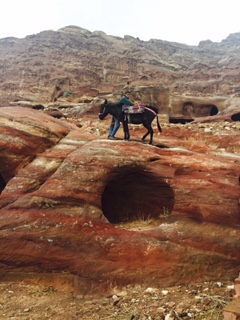 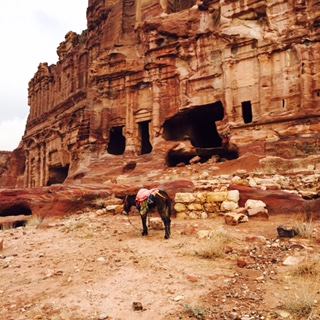 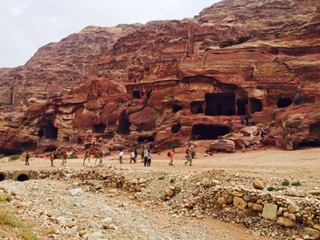 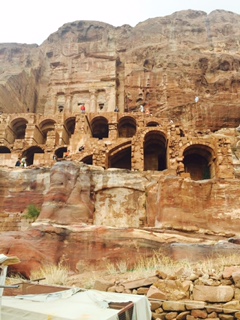 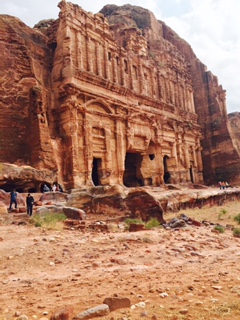 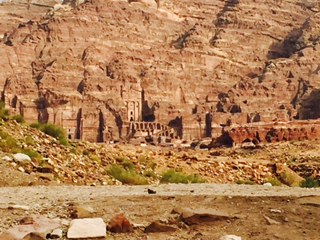 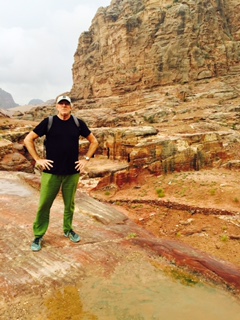 It was a bit like one of those spy movies.  You arrive in the car, there’s no one there, the driver waits and has a cigarette, we hang around, and then out of nowhere, a van appears and another guy comes out.  A conversation takes place, passports are exchanged, and we are all walked to the border.  This was the Wadi Araba border crossing.  Our helper guide was an English guy who lived in Eilat.  He clearly did this all of the time, mainly for day trippers from Eilat, but we were going deeper; three nights at Aqaba, Jordan’s Red Sea resort.  The crossing did not take long.  We woke up a few border guards, walked our bags across a dead zone, and men in black and white camouflage fatigues welcomed us on behalf of the Jordanian Army.  Pictures of the Jordanian royal family were everywhere and on the other end a transit van, driver, and guide picked us up and drove us to the Kempinski Hotel.

The Red Sea.  There it was in between the lights of Eilat and the distant lights of the Sinai in Egypt.  We were in Jordan’s 22 kilometers of access to the open sea.  Welcome to Aqaba. 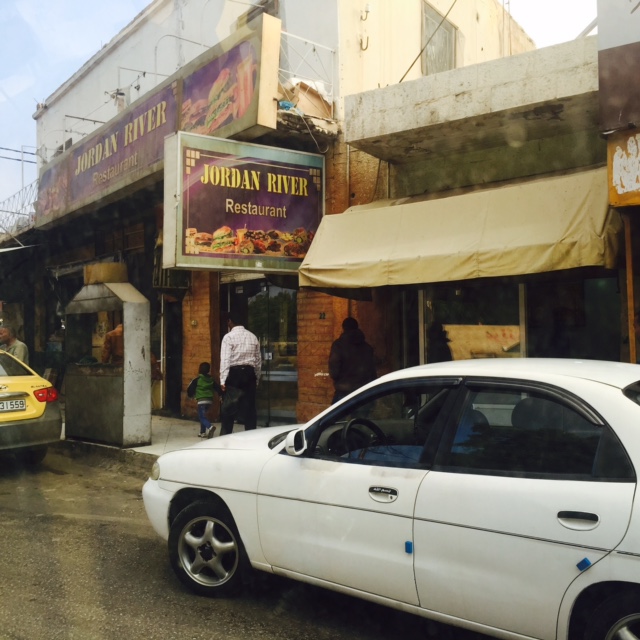 If Eilat is a sprawling, disco inferno, dance until dawn, restaurant-infused, party machine, then Aqaba is not.  There is a bazaar, a few terrible restaurants, a pub called the Rover’s Return named after the pub on Britain’s long running soap opera, Coronation Street, for some reason, and a scattering of Chinese restaurants.  Finding any place that accepted credit cards or served fish was going to be challenging.  Of course, alcohol was often in short supply.

So this is the Jordanian Riviera – a sparkling mosque, some run down restaurants, and a couple of hotels that looked out of business.  Tomorrow it would be the Wadi Rum and the day after Petra.  But this evening, it would be a dodgy Chinese restaurant and a warm beer.  How I long for the lights of Eilat. 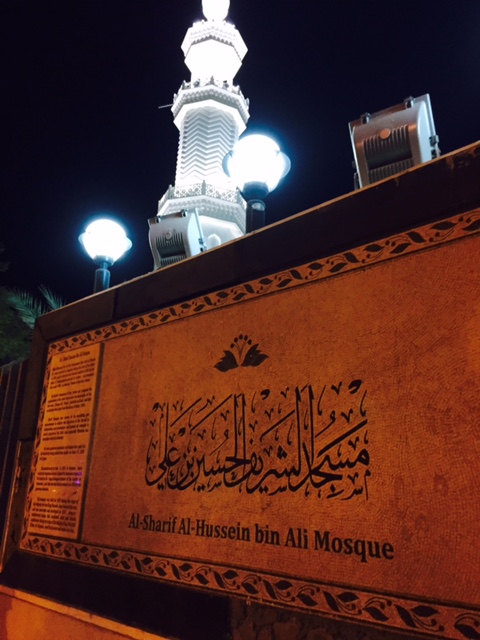 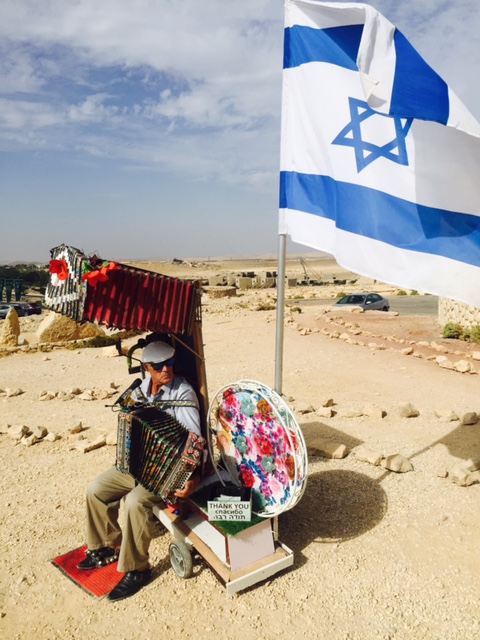 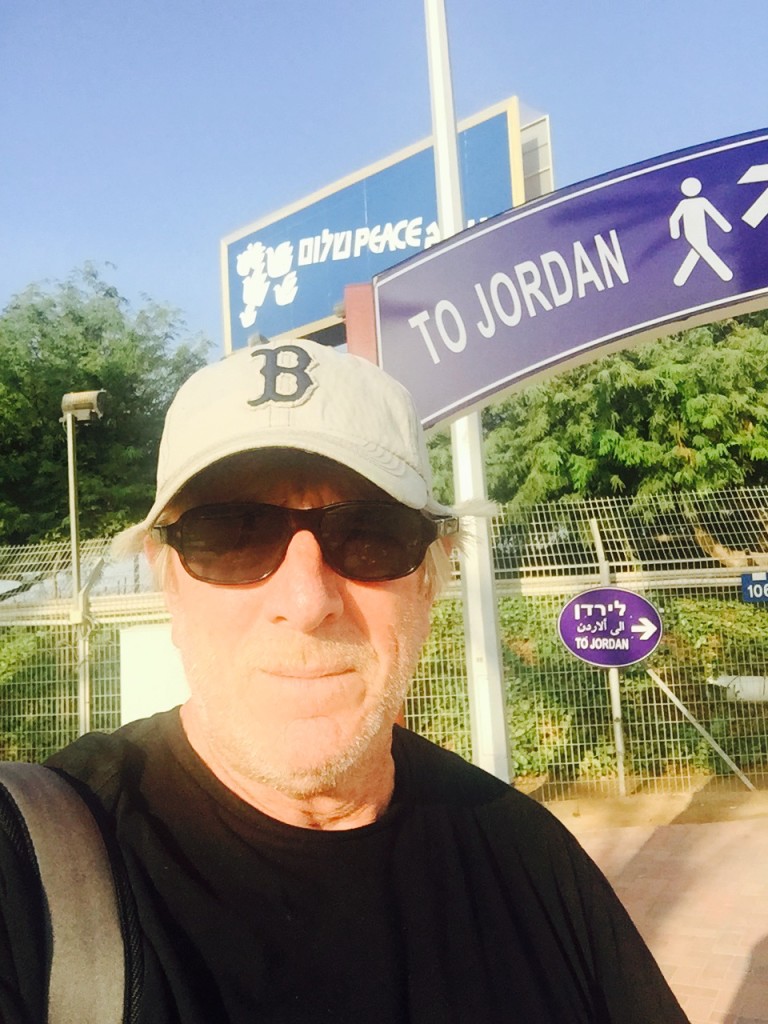 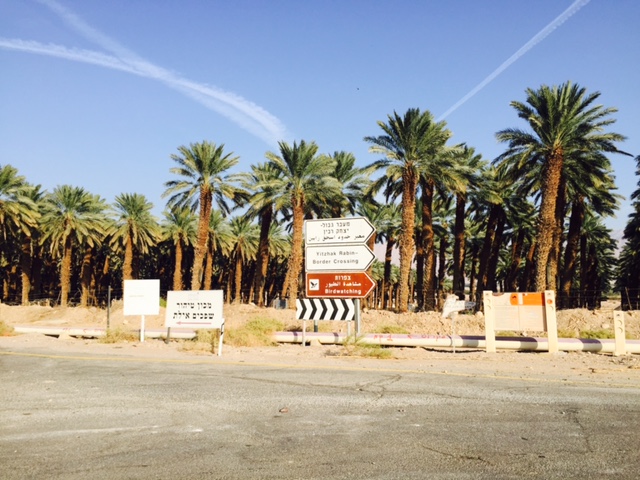 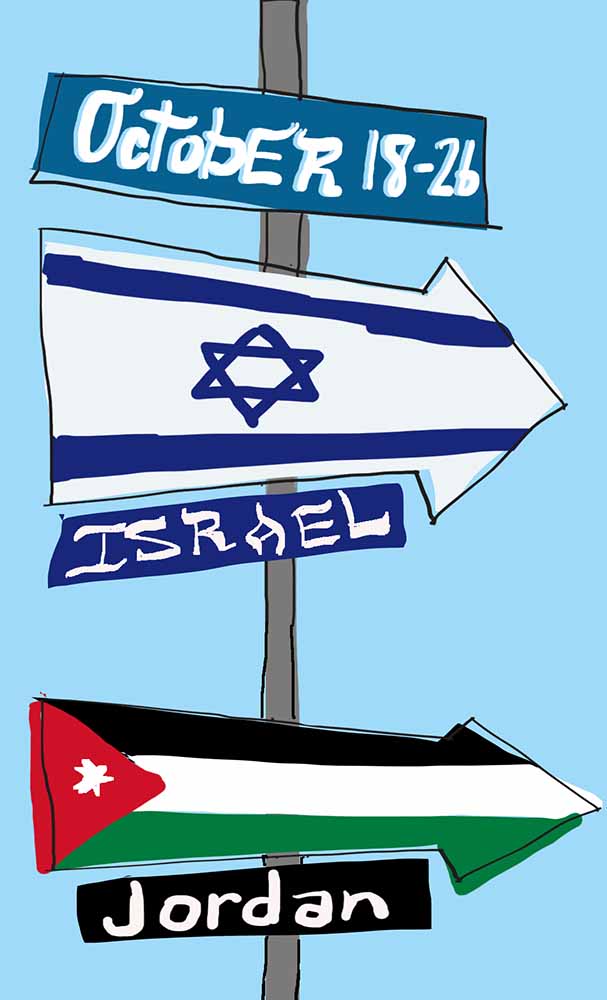 Pietro Place is on the Move! Stay tuned for explorations of Israel and Jordan…