I have so many memories of night train travel from my early traveling days. The Paris -Venice overnight train. Heading out through dreary suburbs in grey weather as night fell and arriving into Stazione Santa Lucia early morning. I remember because it was my first time in Venice. I think everyone remembers their first time in Venice. The Stazione with its newspaper stand and its chaotic rumblings of morning commuters. Jumping onto Vaporetti to go to work. Canals, gondolas, a fantasy land of an unimaginable feast to a kid who had never seen a place like this before. Hand delivered by the night train. I’ve taken the night train from Aswan to Cairo. From Nairobi to Mombasa. These were fabulous journeys. 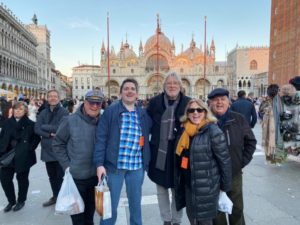 There’s a fantastic poem by WH Auden called The Night Mail. It traces the journey of an old steam train traveling from London to Glasgow with the post. It was written in 1936 and it’s still one of my favorite times. We had to memorize it at school.

It emulates the journey of a steam engine pulling its carriages up, up until it reaches the top of its climb and then picks up speed on its way down to Glasgow. The meter is the magic of this poem. I read it the other day to my 3-year-old granddaughter. I still remembered it from all those years ago. Teachers are amazing. And my next blog I’m going to talk about trains and places I’d like to go when this pandemic finally breaks. 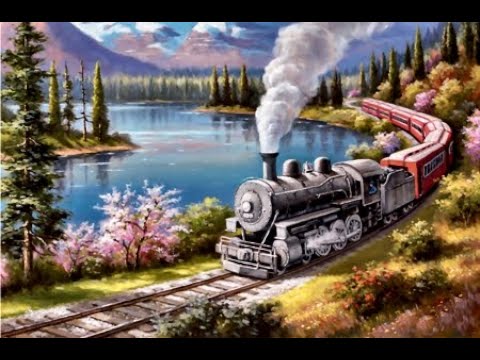 There’s a lot of talk at the moment about overnight trains…. They’re coming back!

I remember when they were so fashionable and …. expensive and then one day they disappeared. I also remember the unfashionable but super functional aspect of a night train. Tour companies would use couchettes all the time to travel from Paris to Venice, from Paris to Avignon, Paris to Madrid and Paris to Rome. An afternoon sightseeing and dinner somewhere in the Latin quarter before heading to the Gare du Lyon for a night journey across the European cities and towns that sparkled in the distance. Night trains were a way for tour operators to save the overnight in a hotel and provide a fun experience. Six to a cabin in times gone by. 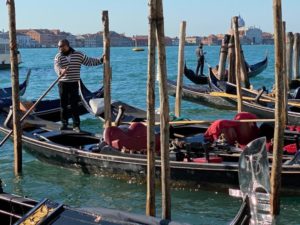 Baguettes in hand and the trundle of tracks to put 700 to sleep before you awoke to the sparkling blue of the Mediterranean!  Then budget airline companies like EasyJet and Ryanair introduced the cheap and fast option to replace the train lines with airport lines and delays! Nothing was ever the same!

Before you knew it we were jumping on planes for weekends to Prague for less than €10 and suddenly night trains were relics from a distant era.  Just like that.  Consigned to the dustbin of history….. In addition, super high-speed trains started to populate the European landscape.  The TGV, the AVE, the Eurostar and the Thalis.  Faster than ferries and less hassle and infinitely more comfortable than a cheap flight.  The fact that you can now take a train from Rome to Milan in less time than it will take you on a plane changed everything yet again.  London to Paris; one hour and 20 minutes!  No seat belts, no hassle and rarely delays.  But there’s been a rekindling of activity on night trains.  Maybe not to replace the super-fast high-speed trains, but rather to provide that element, that adventure that we all remember in days past.  And 6 to a room wasn’t that bad! 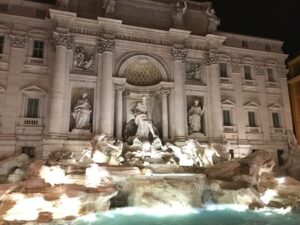 A too tight connection at JFK gave me the opportunity to change up my itinerary, grab a cab to Baltimore Grand Central Station, and take the Acela to Penn Station in New York.  I have to say, when you have the opportunity to ride on the train, it is just so much more civilized than flying.  Frighteningly, there is no security, which means you can arrive only 10 minutes (even less!) before the train pulls in.  And the trains are always on time….well nearly!

At Penn Station, I never quite understood how to make the transition out to JFK.  I arrived there and sought out some help.  Fighting the commuter traffic which was rushing between stations and platforms, I managed to connect to the Long Island Rail Road ($10) which sped me out to Jamaica.  At that point, I got off there and took the AirTrain ($5) straight to JFK.  I was at the Delta Terminal in no time at all.  Penn Station to the Delta Terminal was 40 minutes.  No traffic, no hassle, and so I wandered to the Delta Lounge, grabbed a bite, and a beer, and got ready for the nonstop to Barcelona.  Loved that day!

While I was getting ready for my flight, I started thinking about the benefits of nonstop flights.  I have to confess that a nonstop on an overnight journey is optimal.  In other words, if you gave me a chance to fly LA – Rome via London for a chance to get more airline miles on BA, I would say no contest.  I will take the nonstop all the way.  By the way, when can you ever use those miles anyway?  How about practically never unless you don’t work and are totally date flexible.  So taking the nonstop to Barcelona from JFK was a solid winner as opposed to connecting over Madrid out of Washington-Dulles.

Delta has improved dramatically over the two years. They are scoring up there with Jet Blue and Alaskan and have left their other erstwhile competitors in the dust. Wake up American!! The business configuration is better than most, the TV and movie selection is pretty good , and the food and service was fine.  On an overnight flight, I tend to get the food out of the way before I get on the plane.  Once the plane is in the air, I am all about taking some sleeping tablets to grab my five or six hours before we hit the European morning.  I must confess to never having breakfast on an airplane.  I would rather grab the extra hour and a coffee and croissant when I hit land.  Have you ever tasted airline coffee?  It is worse than hotel coffee and that is pretty bad!