It seems like an eternity but I remember well when England used pounds, shillings, and pence. The term £sd stood for librae, solidi, and denarii.  The measurement was based on Roman weights and measures and a pound of silver was divided into 240 denarius.  Remarkably and unfathomably, that stood through my childhood – 240 pence to a pound.

I was thinking the other day of that hilarious bit in Monty Python’s Life of Brian. What did the Romans do for us?  Apart from roads, sanitation, baths, building, currency etc.  So, there we were in the UK and Ireland pretty much using a Roman system for currency when the rest of the world had left us way behind and fled to decimalization.  Hey, that’s not going to happen again.  Yeah right, Brexit!  Screw those Europeans and all that Roman stuff.  We will show them.  Oh crikey! 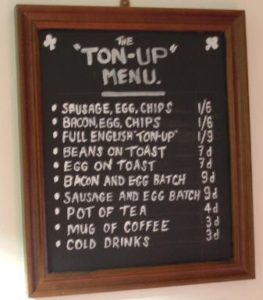 So how bizarre was it to order a pint of beer for ten pence, egg and chips for just one and five, and a bag of chips for just four pence.  Four of chips please!  Or you could buy something classy for 19 and 11.  Imagine things like twopence and threepence, sixpence was called a tanner, and a shilling was called a bob.  “He is worth a few bob” meant that he was rich.  A pound was, and still is, called a quid or a knicker.  Half of a pound was a ten bob note or a tenner.  Lend me a tenner!  They even made a funny play about a tenor and a tenner and the play on words.  Two shillings and sixpence was half a crown or half a dollar.  Confused!?  Exactly!

But actually, the transition to decimalization surprisingly went remarkably well.  Prices rose, of course, but it was the British version of unification in Germany.  I mean we were nearly as efficient as the Germans!  Not as impressive but not bad.  Of course, the Italians did change currency along with most of the European countries by adopting the Euro on January 1st, 1999.  The Brits stuck with the pound!

So, I bought some coins the other day at a museum and it made me laugh.  I thought of egg and chips for one and six at the local café.  Travel changes lives.