You know that moment when some unbelievably smart person figured out that a suitcase with wheels actually could be turned so that the wheels went on the widest part not the narrowest part?  It was one of the great game changers in travel.  Then the bag moved to a 4-wheel option and you could maneuver your bag like a Mini Cooper through a city; holding it tight to your body but always upright in a busy airport.  Yet still, you have the hassle of either being the first person on the plane, paying the extra bucks for first class, or sweating that your bag is going to get dumped down below in the hold where you will have to “check and pay”.  The worst of all nightmares since you may never see the bag again. The cost of bag check-in on a budget flight can often be more than the flight itself.  Then there is that resentment of all of the people who got on before you that stuck their bags in the overhead bins.

Now there’s a solution and it’s a revolution. Overhead baggage compartments are being redesigned and refitted as we speak with a view to increasing the depth by a few more inches so that the bags can be pushed in vertically on their sides.  It is literally doubling the possibility for carry-on baggage.  Alaska Airlines is leading the way.  Partnering with Boeing, Alaska were the first people to understand that change was not just a good idea, but a necessary idea.  The sacrifice?  Two inches of head room.  There is even room on top of the bags to put tiny bags, coats, or you name it.  The time that it takes for an airline to be fully ready to fly and passengers to be comfortably seated with bags all set, is projected to greatly decrease.  In other words, departure times are going to improve!  Yay!  Tempers won’t get frayed (as much) and flight attendants won’t have to break the bad news to a disgruntled passenger who simply cannot bear the thought of checking in their bag.  All great news.

Now the re-fit begins.  Pretty soon there will be sleeping compartments up there too! 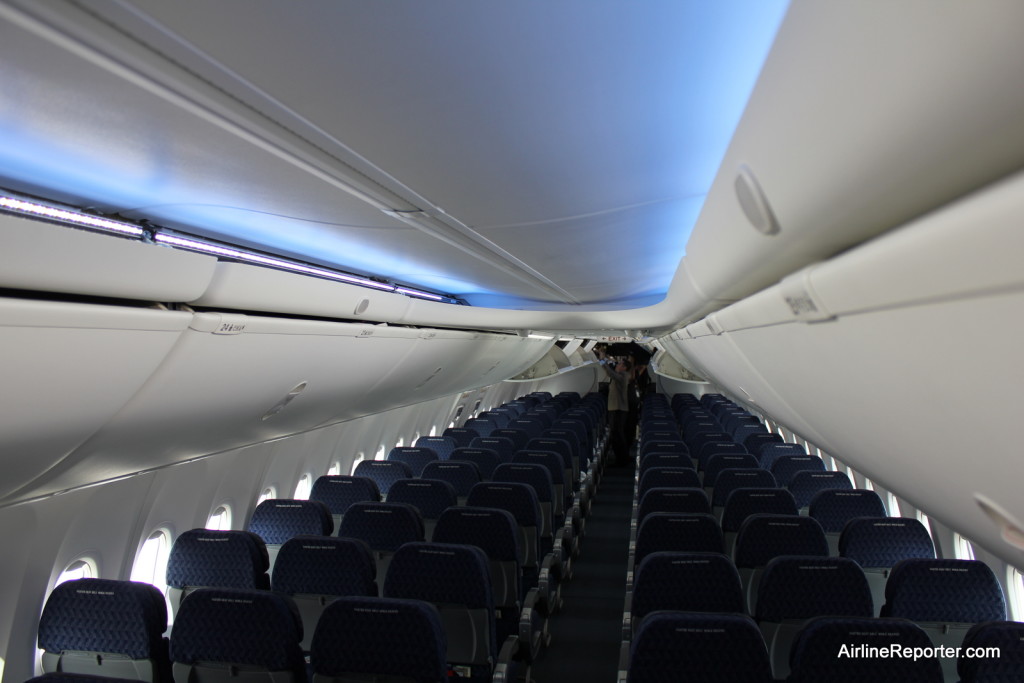