From the moment I jump in the cab, there is a sense of gradual transition as you journey into this incredibly beautiful city filled with dust, cracks, and occasional garbage bags. It’s all here.

For me it begins as we pass the Sheraton Hotel.  Out in the distance is Esposizione Universale Roma (EUR), a 1930’s modernist vision community of how Rome should be in the new world.  It didn’t really work out that well but it left us some interesting buildings and now a trendy neighborhood with parks and metro access to both the beach and the center of town.  That’s the other thing about Rome – it’s a beach city.  The Roman port of Ostia is connectible by metro from the beach resort through Acilia and trendy living areas of Rome to the Colosseum.

Then for me the real transition begins.  The first sight of any significance is the white marble Pyramid of Cestius outside Porta San Paolo gate. Then you make that turn up the Aventine Hill with the Palatine Hill facing you.  Residential palaces in pink Roman stone look down on the vast field of grass that is the Circus Maximus, one of the largest arenas in the world during roman times.

It becomes frenetic and exhausting at this point with ancient fragments popping up every second it seems.  The right turn at the bottom of the hill takes you by the Bocca della Verità (The Mouth of Truth).  Opposite from that there is a Greek temple then a Roman temple and as the roads start to move around, you start to see what looks like the Colosseum but in fact is Marcello’s amphitheater, the Teatro di Marcello. Behind that is Octavia’s portal and the Jewish ghetto.  On the right side lies the most glorious juxtaposition of stairways anywhere.  There is the very subtle Capitoline Hill Stairs, the Cordonata, right next to the severe and steep medieval stairway that leads to the Basilica di Santa Maria in Aracoeli.  On the right hand side beyond the stairways is the slightly incongruous, but ever faithful tourist site for lost travelers, the 19th century wedding cake built to commemorate the unification of Italy in 1870 named the Vittorio Emanuele monument.

We are now in the Renaissance period with the Piazza Venezia with Trajan’s Forum on the right and I have disappeared into Rome before even my first cappuccino. 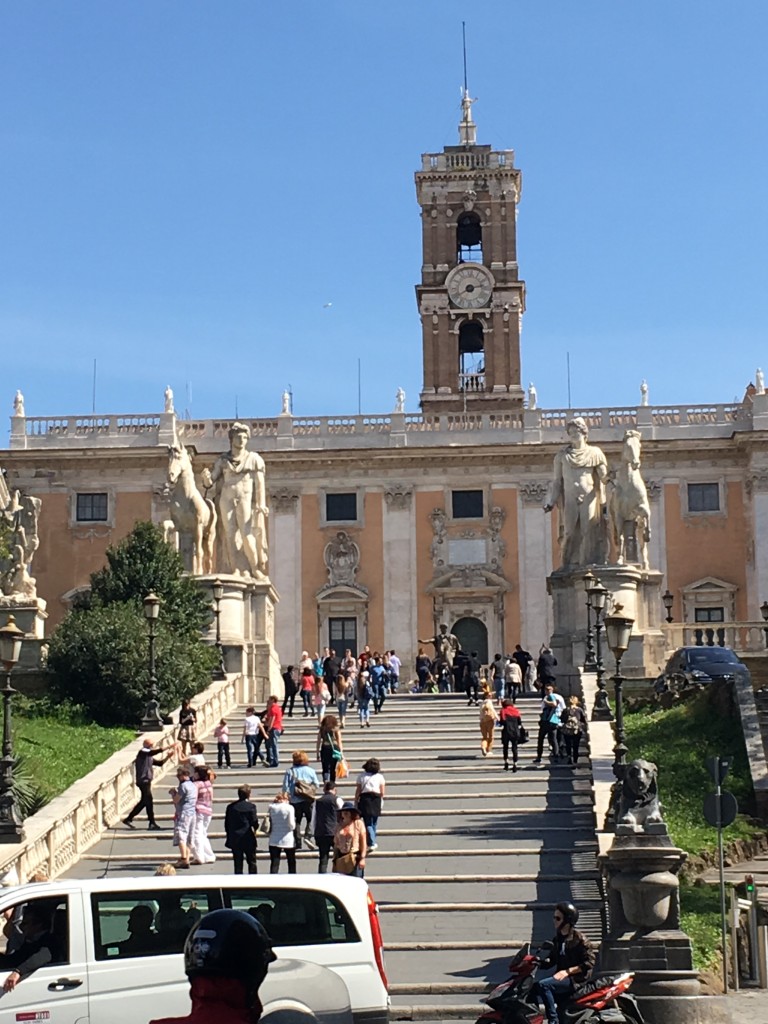 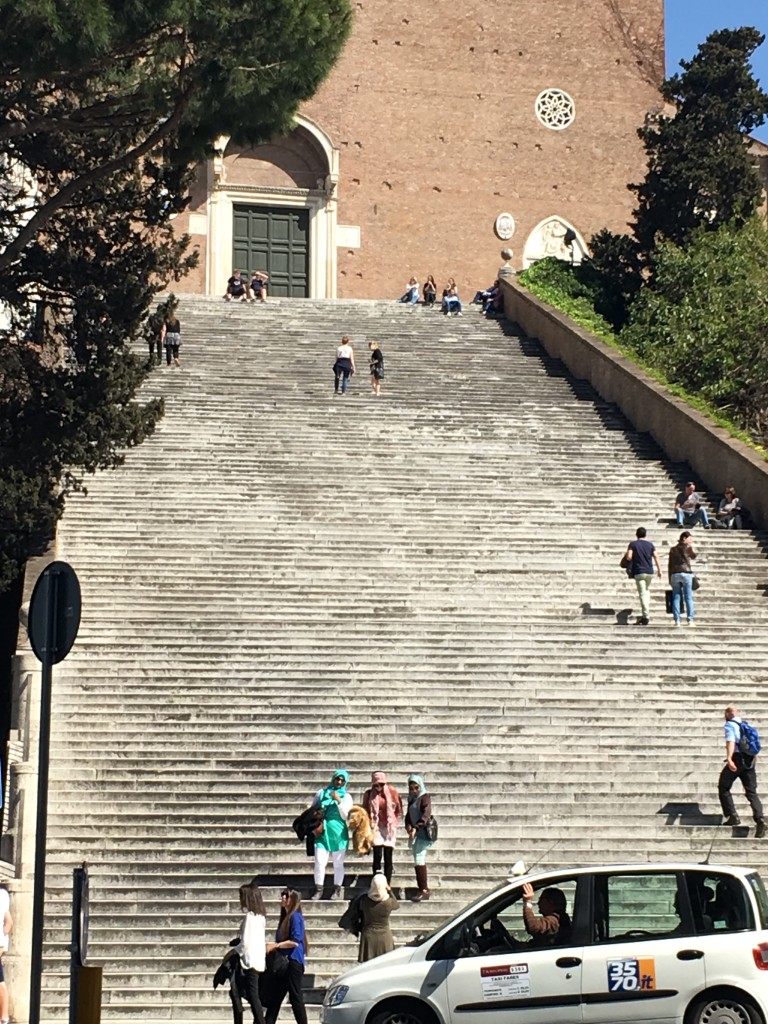