There is one question that I keep asking myself…when the world opens up once more, where should we go first?!

For me, the answer would absolutely be to go to Rome.  But what would that first day look like?

Well, arrival day in Rome is always filled with both confusion and amazement.  During the cab ride into the city, you pass flat fields on either side and through a modern suburb that houses a replica of the Pantheon of the ancient city that I am heading to.  And then suddenly you take a left turn and up the Aventine Hill.  Now I am on one of the most beautiful of the seven hills.  Time to visit the orange orchard and look through the key hole from which you can see the dome of St Peter’s.  Fairly dramatically across the road sits the villas of Ancient Rome along the Palatine embankment.  And just below, there are the remnants of the great circus Maximus.  Dogs walk where great chariots once raced. 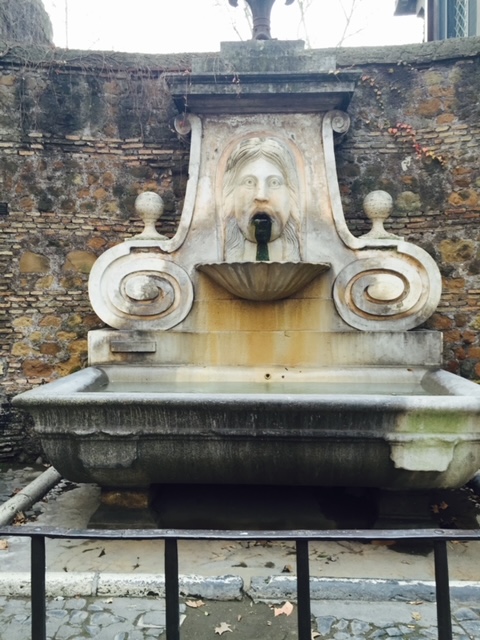 The ride becomes breathtaking now – there’s the Mouth of Truth, two ancient temples along the river, the theatre of Marcello, and then the great Cordonata Capitalina leading to the Campidoglio.  Next to that are the medieval stairs of the Basilica di Santa Maria in Ara Coeli and underneath are some Roman houses that provided a foundation for the 19th century Vittorio Emmanuel II “wedding cake” monument.  It’s a sightseeing and tourist landmark but not much else!  But now we are in the Piazza Venezia.  Down one end through the myriad of streets is the Pantheon and down the other end, the Colosseum.  And then we have disappeared into Rome. 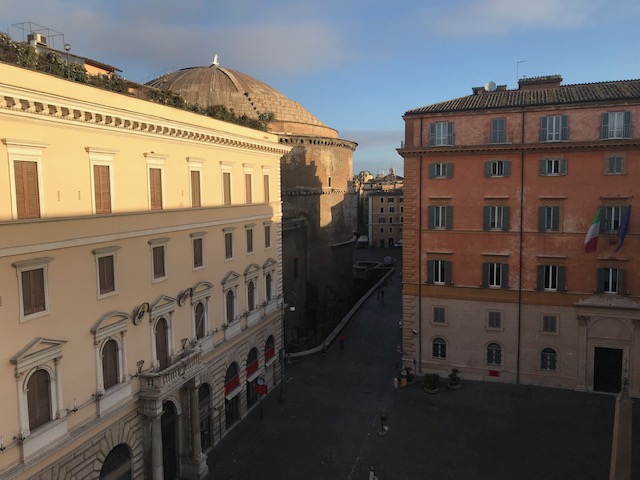 Rome is truly an open-air museum in itself. My favorite Roman walk begins in the medieval square in Trastevere, heads across the ancient Roman bridge, and continues through the piazzas that tumble like centuries before arriving in Bernini’s Piazza Navona.  To get there, you first pass through the Piazza Farnese with its beautiful Palazzo, now the French Embassy, and the two bathtubs from Caracalla that anchor the square.  The Campo di Fiori is next with its exciting bars and marketplace.  Here the statue of Giordano Bruno marks the square.  The best pizza and the best pasta carbonara are available here!  Also this is not far from what once was Teatro di Pompeo, precisely where Julius Caesar was assassinated. 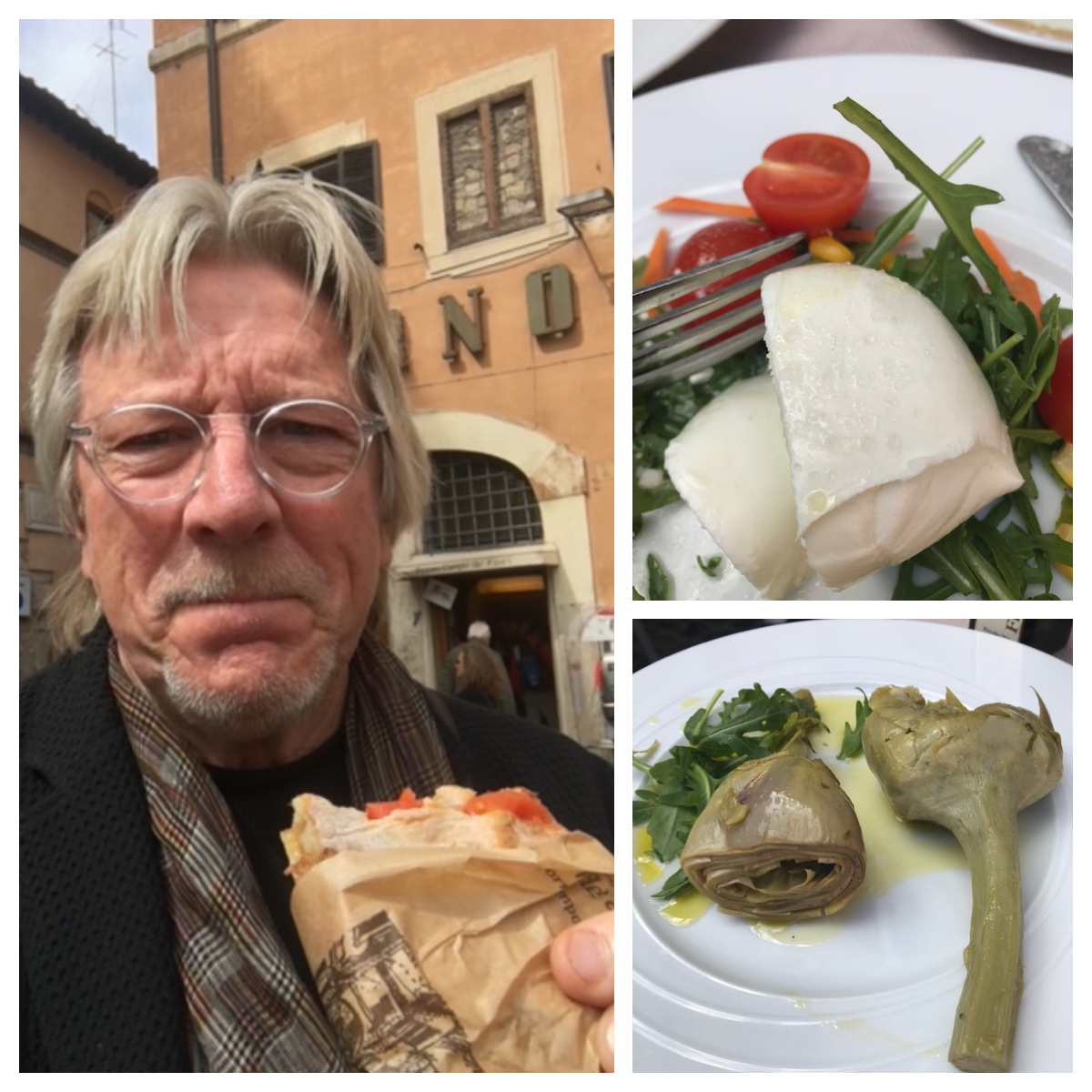 Across the busy road, you make your way into the Piazza Navona.  This is probably the most famous square outside of St. Peter’s. Bernini went to town here with three fountains, the most famous being the fountain of the four rivers.

You continue the long walk via the Pantheon along the Corso to the Spanish Steps and ultimately to the Piazza del Popolo. In between, I love to grab a coffee at a bar, have a Campari, and maybe do some shopping on one of the tiny streets that surround the Senate Building. If I could sneak to Rome in January with the winter sun and empty streets, it would be the start of my reconnection to travel that I have sorely missed. Roma, non basta una vita!