A week of interesting possibilities. Travel is starting to turn its wheels and airlines and tour operators are ramping up for a return of summer business. This past week the UK announced they have coincided with a rapid decline in COVID-19 cases and vaccination rollouts. Come June, the UK is hoping to be at or near normalcy. What does that mean? Johnson and Johnson now have a single shot vaccine that will be available for 18 and under.

For travelers, there is no date set to jump on a plane and travel to “anywhere.” However, airlines, tour operators and cruise companies are starting to figure out the next stage. Vaccine passports and rapid Covid testing. Delta is continuing with keeping the middle seat free in coach even though it is costing them millions of dollars. Their hunch is that it provides confidence to the consumer when booking a flight. Southwest airlines stayed with the middle seat free option until they re-evaluated because of financial pressures and reverted to full occupancy where they can. Airlines are still touting the fact that the air inside the cabin is cleaner than most environments. But, with one less person or two per row, it’s a tough sell to say it’s safer. Ironically, bargain still plays out stronger than safety and people are prepared to fly on fuller planes for a cheaper fare.

Life at the next stage after the pandemic and slowly the world is moving. Restricted capacities will still be a way of life through the end of 2021. In general, it will affect theatres, stadiums and performance venues. Until the numbers recede to optimum levels and the vaccine reaches a higher percentage of penetration.

Corridors for travel are being actively discussed. Greece and UK. Spain and Italy. Everyone is looking for a way to fill their hotels and restaurants. In addition, the Europeans and the UK are dealing with the Brexit nightmare. Brexit is largely remaining undercover because of the pandemic but as we move further out of this, the Brexit issues will start to emerge effecting tourism.

Most travel companies are starting to ramp up. Getting ready. USA to anywhere is still fragile. USA to USA will probably go first. Then the Caribbean. Then the world. And it will start to move fast depending on vaccines and rates of infections. It will probably start to form a more normal rhythm at the end of the summer with established corridors enabling travelers to move safely with restrictions from one zone to another. By December the world should be open. Again, with a combination of vaccine travel documents, rapid Covid tests at airports and hotels and reasonable capacity limits in entertainment venues. Nearly normal or new normal!

The good news is that the Tokyo Olympics is officially on in late July. The Euro soccer championships is a go in early June across the entire European continent. Theaters will start opening in the UK and pubs and museums will begin their awakening. Now we can start to imagine walking through Covent Garden on the way to St. Martin’s Lane for a night at the theatre. Now we imagine a walk-through Baroque Rome and a nightcap in the Piazza Navona. What seemed like a lifetime away is within reach. We may have to show up at the airport even earlier, tolerate longer lines at immigration entry as not everything will return to normal. But, hey, it’s better than I could ever have imagined a few months ago and feels like were heading somewhere soon.

Clocks are moving forward. Things are happening. New regulations are being put in place so we can start traveling again. 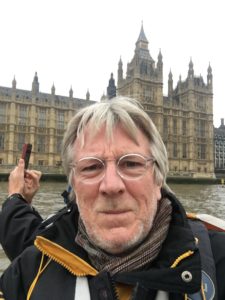