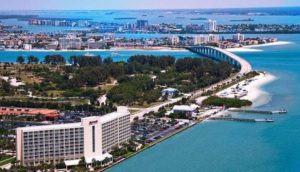 With the melting pot of a new administration, Trump travel paranoia, anticipated holdups in immigration entering the USA, and a strong dollar, international travel inbound to the USA has decreased.  Add to that there is an increased likelihood of the laptop ban in the Middle East countries being expanded into other countries and the USA as a destination starts to feel the pinch in terms of dollars.

The fares for international travel have also dropped as airlines are trying to lure Americans outside the country with great deals in land and air.  Domestic airfares, on the other hand, have increased as more Americans are staying at home.  It is going to be an interesting period for travel this summer.  The discounted European airlines are disrupting the regular stakeholders

and consumers are benefiting across the international skies.  There are phenomenal deals on Turkish Airlines at the moment if you are willing to go that route.  Turkish is one of the largest airlines in the world with feeder flights across the European landscape.  Good news for Europeans is that in spite of the recent terrorist incidents, London reports strong traffic and Athens, perceived safe, is up by a whopping 41%.  So the Americans are on the move but the Euros are staying put.  In the Caribbean and Central America, Zika is still a massive negative for young families.  Bottom line is that there are deals to be had, places to go, and people to see.  It’s time to leave the house and go through the garden gate.